There are several key differences between engineering in Long War versus vanilla:

There are only 3 ways to get more engineers:

Workshops do NOT increase the number of engineers!

Nothing is built instantaneously. While in vanilla you could manufacture an extra SCOPE right before a mission, in Long War it takes several days. Most things can be built faster by selecting the Build Quickly mode in the manufacturing dialog. This costs significantly more (150%), and uses some Meld, but produces the item in around half the time. The more engineers you have the less time it will take to manufacture items. The more Workshops you have the less materials it will take to manufacture items. Workshop adjacency also reduces the materials cost of items. Base facilities still have a minimum number of engineers to build, but most items and Foundry projects do not; they will simply take a very long time if you try to build them with many fewer engineers on staff than recommended.

When ActualEngineers = OptimalEngineers, the build time is equal to the base time. Unlike research time, where the rule of thumb is that for double the number of scientists the research time is halved, there is no such rule of thumb that works for build times, due to the exponential relationship. For example, developing a Foundry project that has OptimalEngineers=60 (e.g. Ammo Conservation), with only half the engineers on hand, will take roughly 7 times longer than the base time to complete . On the other hand, developing a project that has OptimalEngineers=30 (e.g. Improved Arc Thrower), with half the engineers on hand, will take roughly twice as long as the base time.

Here are a few more observations about the formula. As long as the the number of available engineers is much lower than the recommended value, recruiting an additional engineer will significantly reduce the completion time. As the number of engineers approaches or exceeds the recommended number, then adding additional engineers has diminishing returns, i.e. each new engineer reduces build time by a smaller and smaller amount. Also, based on the formula, all build times are limited to 0.5*base time, when building at a normal speed, and 0.25*base time when building quickly.

The Foundry is one the most important buildings in Long War; as with the default game, it is essential for upgrading existing equipment and unlocking new items for further development. The Foundry has no prerequisites, so it can be built from the beginning and it is highly advised to get one up and running as quickly as possible. Besides enhancing and creating new technologies, the Foundry also counts as a Workshop for adjacency purposes.

The Foundry cannot be torn down once built.

Foundry projects are generally passive upgrades and whilst their effects may seem small, they can have a subtle but long-lasting impact on a campaign as they cover everything from boosting the chance of scoring critical hits with pistols, to enhancing the amount of materials recovered after combat. Unfortunately, these projects also require a significant investment of resources, especially meld. They also often require other rarer or more unusual materials such as corpses, wrecks, or UFO components.

Each project has an engineer requirement, while you can still start the project without meeting this requirement, the time to complete it will be significantly longer than usual.

One of the most important upgrade paths that the Foundry gives access to is interceptor upgrades, making them viable against the alien UFOs. For a full list of some of the new items unlocked by Foundry projects, refer to the Equipment page.

Many Foundry projects bear the same name and effects as their original incarnation, though with differing costs, requirements, and time.

These upgrades apply to all pistols and machine pistols.

The Repair Bay enables augmentation of soldiers into MEC Troopers via the Engineering menu tab. Only one Repair Bay may be constructed, although it counts as a Workshop if built next to one. Dr. Shen strongly recommends that XCOM build and deploy MECs as quickly as possible.

The Workshop reduces item cost by 10% and gives a 10% refund on materials.

Values in bold represent the natural expansion of Workshops in your base. It is assumed that you first build the Foundry and the Repair Bay, then four Workshops adjacent to them. 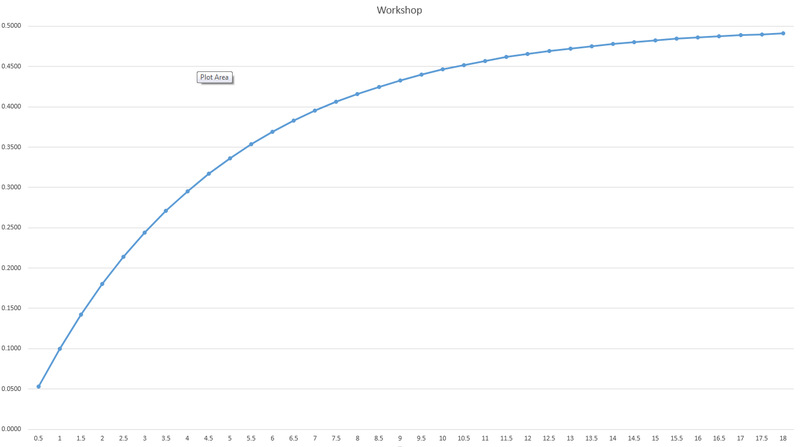