There are three types of armor available in Apocalypse. Two standard suits sold by Megapol and Marsec and one suit crafted by X-COM.

There are five pieces for each set (helmet, chest, legs, left arm, right arm). Pieces can be mixed and matched. They do not need to be worn as a set, or even for complete coverage. Be warned that the mixture will not only look ugly, it will often *appear* to have holes which expose the agent underneath. Rest assured, this is only a cosmetic affect on your agent's paper doll image, the fact that there is a gap between the chest and leg pieces does not mean your agent will get shot in the stomach.

Note that other organizations' troops do not wear the same types of armor as X-COM. Their armour ratings depend on difficulty level, but are usually weaker than even Marsec Armor. Moreover, their armour counts as "innate" armour i.e. part of the unit, and cannot be recovered by X-COM. 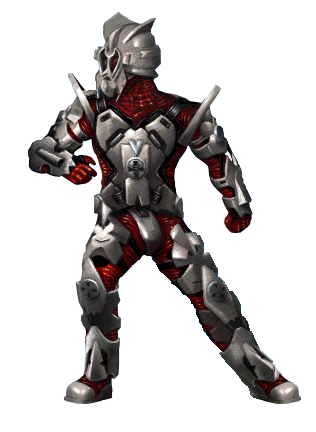 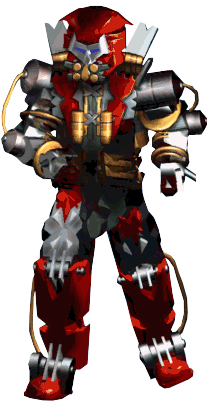 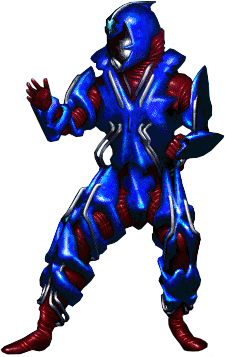 When you start the game, you have little choice in wearing any form of armor beyond the Megapol Armor. It is heavy, so weak soldiers will suffer from wearing it by not being able to run for very long. You have a good chance of winning the earliest combats without any armor, since the first fights will usually be against Anthropods armed with Brainsucker Launchers. However, it is a big mistake for an agent to continue going into combat without any armor, since the aliens will start packing Disruptor Guns and explosives, and many aliens will have built in projectile weapons. 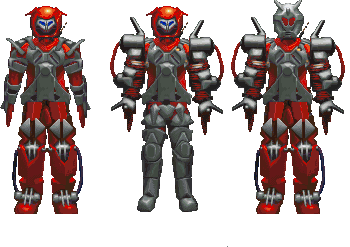 As soon as you obtain Marsec Armor, you can start mixing and matching the armor sets to suit your needs. Though the torso plates are equal in weight, the weight difference of the Marsec limbs allow you some flexibility in adjusting your agent's load to reduce their encumbrance levels as necessary. For example, a hybrid who has only just been hired will not be able to carry very much equipment around while wearing a full suit of Megapol Armor. Instead, consider swapping the arms, or legs out with Marsec pieces. It still offers protection, and is much lighter than a full set of Megapol armor. 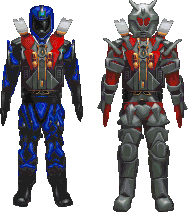 The most popular and longest lasting setup is to wear the Marsec Torso plate and to wear the limb parts that provide the best protection. In the early game, Megapol limbs, in the late game X-COM Disruptor Armor limbs. To some this is considered the ultimate setup, providing moderate (but not perfect) protection along with absolute freedom of motion. Xcom armor makes the arms, legs and helmet of the other 2 armors obsolete since it is much light AND much stronger, but the marsec chest piece flight ability is not to be sneezed at.

If you prefer to use ground troops, or use a mixture of flight and ground troops, the groundpounders should wear the best protection that they can afford. Though there is little choice early in the game, they can get away with it in pretty much any setup. In the late game, a full suit of X-COM Disruptor Armor provides the best solid round defense and near immunity to high explosive attacks as long as the armor holds out. Plus its light, allowing these troops to run for a lot longer. This is the second ultimate armor setup, superior in defense but weakened by its lack of flight.

If defensive or mobility are not a concern to you at all, then you can get a bit more creative as the armor plates are great for playing dress up! Each part from each set has a unique colour to identify itself. Silver for Megapol, red for Marsec and Blue for Disruptor Armor. You can use it to mark teams or roles, such as team 1 gets to wear all Megapol helmets while team 2 wear Marsec helmets. Or perhaps heavy weapon specialists get to wear a white and red arm, or squads of hybrids equipped with Mind Benders get Marsec pants.

Note that while GRAPHICALLY, your unit may appear to have gaps in between armor pieces, these gaps are superficial and enemies will not be able to exploit these large holes in your defences. Most noticeable when equipping Marsec body with Megapol pants, or Megapol Helmet with Disrupter Body.

There are many tools available to you that go well with your armor setups. They supplement your armor, no matter which setup you use.

The simplest is probably the Smoke Grenade. No matter how well protected you are, you don't really want to get hit by anything. Smoke lets you hide yourself on your approaches or your retreats.

Personal Disruptor Shields are the biggest boon to any agent for defense. With a fully juiced shield, an agent can go into battle without wearing armor, and will not even suffer from any fall damage should they fall or jump off a great height.In addition to that, they can defend against the dreaded Entropy missiles. Though this is the lightest form of armor available, it is also the most reckless. Shields can not be relied on to last a prolonged sustained attack. Armor should be worn as a contingency measure should the shields overload and fizzle out. Any of the setups mentioned earlier will do fine with one, two, three or even four Disruptor shields. One and two shields are the customary number of shields to carry. Three if you really need to protect that agent. Four shields is too much, resulting in the agent not being able to fight back. This can be useful for agents designated as ammo carriers, or even (spare) shield bearers. In reality, shields use up energy ONE BY ONE... and when a shield unit's energy goes to zero, it is destroyed. So, overall, it is better to only carry one shield, and let the shield's energy recover over time. When you do use multiple shields, if you have taken any damage, drop the shield with the partial battery in a safe place or hand it to an agent (who is not actively participating in the combat) to let it recharge. This will put a fresh shield forward as the active shield while you wait for the other shield to recharge.

Personal Cloaking Fields make it harder for the enemy to spot you at a distance. It's like carrying your own localized smoke screen that only works against the enemy. They mesh particularly well with flying units as they are generally the most exposed. In real-time combat, this means a reduction in firepower, but does allow you to take more careful shots from a range.

Once you get Personal Teleporters in the far portion of the late game, tactics change. The mobility advantage of the Marsec plate is negated as even ground troops will be able to scale tall places that they once could not. The teleporters still do not negate the Marsec plate's ability to levitate in mid air. It will let you teleport anywhere in the map in mid-air. Be warned that the teleporter requires some recharge time between jumps, a deficit not shared by the Marsec plate. Teleporters also render Disruptor Shields much more powerful, as you can simply teleport to a hidden corner of the map and let your shield recharge.

Note that removing the Marsec chestpiece during flight will cause the agent to plummet to the ground. Even while the game is paused. This allows sudden mid-air evasion of projectiles and missiles, assuming your reflexes are fast enough to reequip it before your agent hits the ground.

Best mix'n'match early game is Marsec chestpiece with Megapol armor for others. Later on, either all X-COM armor, or possibly X-COM armor + Marsec Chest Piece,although late game it is viable to use only a helmet (against smoke), the chest piece and two Personal Disruptor Shield and whatever is necessary. Note that having no armor means that stray toxigun shots can cause serious damage to your agents!

Another possible use for mixed armor is to assign specific armor pieces to each squad (Squad 1 gets a blue X-COM helmet and the rest Megapol pieces, etc.) to help visual identification of specific squads on the game map and quicken your reaction to events on real-time.