The Alien Farm is the third building of ten in the series of alien structures. 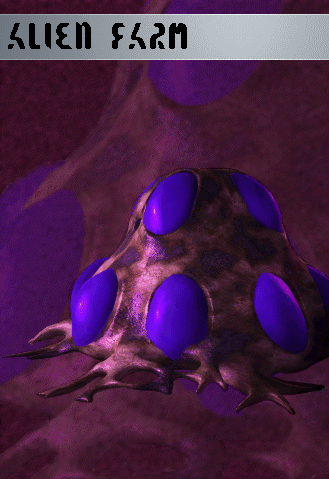 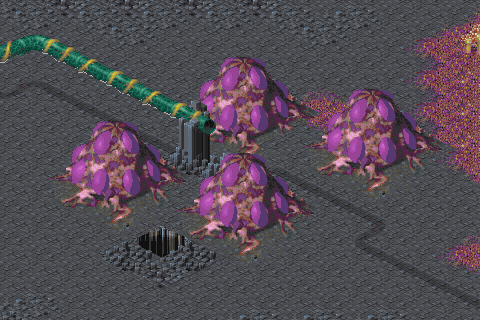 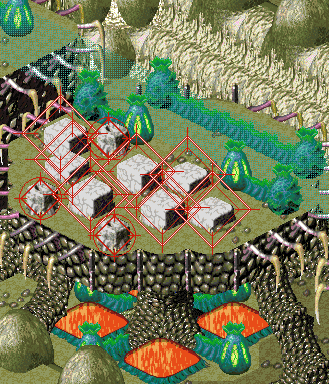 The building contains three seperate clusters of strange white blocks atop of the brown structural scaffold common with re-inforcement pads. The white blocks are weakly explosive.

The alien battlescape is five levels high.
The battlescape architecture is typical. There is one unique 'castle enclosure' structural feature housing one of the objectives connected with a unique horizontal grav-lift. Psimorphs are near for this critical feature. Removal of the brown scaffolding at level one will not cause any of the three objectives to collapse since all will be supported via physical connection to a grav-lift.
Oddity: There are four useless bone-doors within and hidden somewhere inside the generic landscape features.