The number of base locations available to X-Com varies according to the difficulty level.

On the city maps, yellow coloured buildings are Government Warehouses whereas red denotes Government Slums. A building's (for a new base which is located underground) cost depends on the physical size of the top-side structure.
Note: The above-ground structure is always owned by the Government. The underground location of the X-Com base is selected when LMB clicking on the top-side building. The government owned building is susceptible to infestation and infiltration! 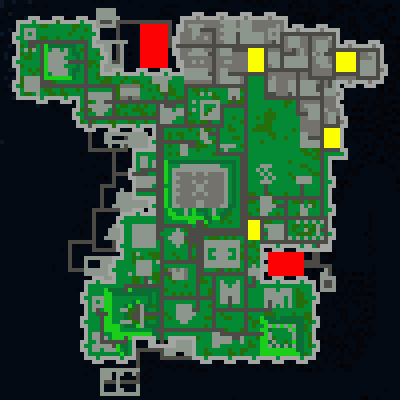 Warehouse Four is the best building available because of cost, space, base defense and hit resistance, with Warehouse Seven as a second choice. 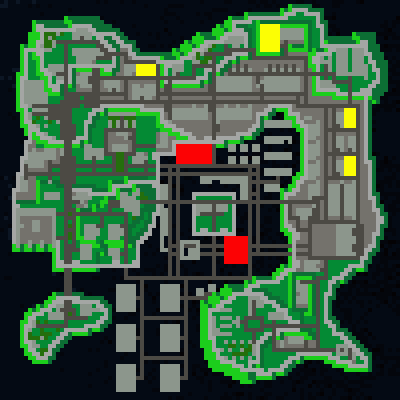 Warehouses Two and Six are the best buys for their cost, space, base defense and hit resistance. Slum space is expensive for its price. 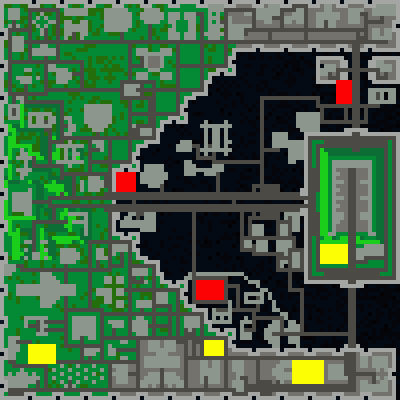 Hades Block is an ideal choice for a second base, as it has the most space, the second-lowest price tag, and while located in a slum, tends to be close to dimension gates and UFO spawning. 35 units of available space mean all the advanced labs you could want to build.

Warehouse Six is the best available real estate for defense and hit resistance, if you can spare the money for its price tag.

The Campesino Apartments might be interesting if you don't mind the possibility of a unlucky stray shot hitting the wrong spot of the building and killing all personnel.

Warehouse Three is the cheapest and has good space for several large facilities, but has the least space for expansion, limiting the scope of functions that this base can contain at any given time. 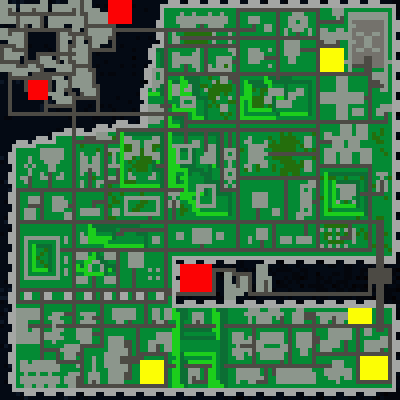 Warehouse Eight is a very interesting option because of its defense chokepoints. Warehouse Six has the biggest area and the smallest price but will require more Security Stations to protect it from raids. 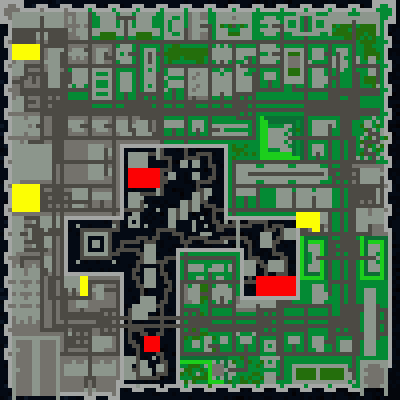 When starting a new Superhuman campaign, Warehouse Two is one of the most common of the possible starting points.

Warehouses Eight and Ten are the best options. Thomas More Tower should be avoided at all costs, as it is structurally unsound (a single hit to its own foundations, or even the foundations of the adjacent George Orwell Block, will cause the entire building to collapse).

Warehouses Ten and Eleven are adjacent to one another.