The chosen are unique enemies granted powers by the elders and are a serioues threat against XCOM. They are not to be taken lightly and can cause serious set backs. Compared to WotC, they now act more like raid bosses so expect a tough fight and to not always be able to take them out quickly before they can cause problems.

The chosen first appear at Force Level 3 and can be discovered upon meeting them in a mission or contacting a region under their control. The chosen upgrades to T2 at FL9, T3 at FL14, and T4 at FL20. Due to their increased strength and increased focus on having tough engagements, their appearance decreases the amount of enemies present and is limited to the following missions:

Chosen are much tougher and it is expected to take some wounds and you may even lose some soldiers. With that, when they are present in the field, no soldiers can die and will always bleedout allowing you a chance to save them. But if you don't get the soldier back up, the chosen can capture them from any range (they do not leave the field afterwards) but it requires their full turn allowing you additional time to eliminate them.

The chosen now gain a "prime reaction" granting them an additional action when damaged but is limited to only select abilities. They are allowed to move or Combat Readiness which grants 10 aim and 10 defense while in cover and can remove the maim effect. This option can be disabled through the second wave.

The chosen are immune to any negative mental effects, frost, critical attacks.

The chosen no longer have any general weaknesses but take 25% additional damage from their respective advesary hero faction.

In the strategy layer, the chosen can perform various activites for the month which can be viewed in the chosen screen acessible in the geoscape. Their available activities is based on their current knowledge level, ranging from 0-100. The chosen passively gains 9 knowledge at every supply drop and an additional 4 whenever they successfully kidnap a soldier. The following is a list of available activities chosen can accomplish: 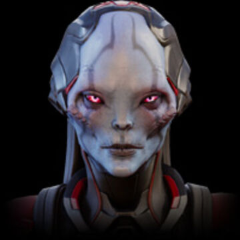 Now a close-combat menace, the Assassin is a juggernaut that will run towards you and slash you whenever possible. Her initially-low, but ever-increasing damage cannot be underestimated. 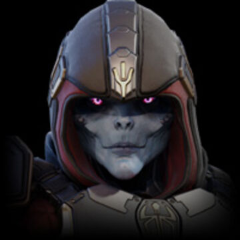 The Hunter is the master of long range combat, constantly keeping distance from your troops while taking them down with highly accurate fire. Weak at close combat, but is not to be underestimated.. 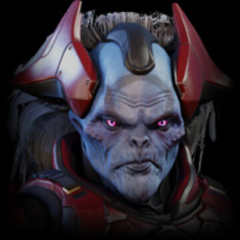 The Elder's greatest champion is an incredibly dangerous support unit and the king of mid range combat, capable of completely disabling your troops and heavily strengthening his.