I guess you could consider this page a stub. We don't exactly have pages covering the different versions of the game yet. I mean, sure, there's the Versions page... but that's barely readable, let alone complete. Really I just want somewhere to info-dump, details and structure can come later; feel free to clean this up if you're in the mood. :P

Two demos; the "official" one (probably released some time in '04), and the "pre-release" demo (which probably appeared on a PC Gamer cover disc first).

Demonstration of the beta firing animation.

This version of the game starts off with an expository slide-show, then allows the user to play through a Terror Mission featuring Snakemen and Chryssalids.

It is notable in that it contains many differences to the final release of the game: 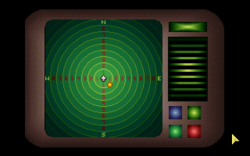 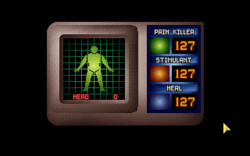 Uses nearly the same slide-show as the pre-release version (minus the PC Gamer blurb), with the same Snakemen/terror set up (though on a different map, with different items/soldiers etc). The slide show contains screen shots from the normal Intro animation, UFOPaedia entries, and Geoscape game play. Probably based on the v1.0 version of the game.