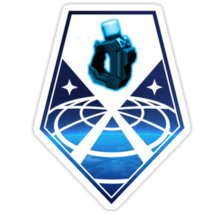 In Long War, all regular soldiers have 2 equipment slots from the start of the game. The Tactical Rigging Foundry project increases this to 3 slots. The Jungle Scouts starting bonus from Brazil also increases this to 3 item slots for the early game armors (Tac Vest, Tac Armor, Kestrel Armor, Phalanx Armor and Aurora), but this bonus does not stack with the bonus from the Tactical Rigging Foundry project.

Most items have a weight, which is represented as a movement penalty. The average item has a weight of 1, and thus provides a -1 movement penalty, though some items weigh two, while a few items weigh nothing or even provide a movement bonus. Extra charges from perks such as Packmaster, Grenadier and Smoke and Mirrors do not increase the weight and do not provide additional movement penalties.

In addition to the items above that mostly protect against physical attacks, there are also a few items that protect your soldiers against panic and psychic attack, as well as items that help your soldiers with their mobility or experience. Note that none of these items can be equipped more than once.

In Long War, the enemies become harder and harder to hit as the game progresses. Fortunately, there are an array of items available to enhance your weapons' accuracy. With the exception of Rockets, these items apply their bonus to primary weapons only. Note that SCOPEs, Neural Gunlinks and Illuminator Gunsights can't stack with one another, and that none of these items can be equipped more than once.

Like explosive grenades, support grenades have also received a few more perks to enhance them, and while the Grenadier perk doesn't increase the number of support grenades carried, its range bonus does affect both explosive and support grenades. While Battle Scanners and Mimic Beacons aren't called grenades, they are affected by these perks, and are thus included here. Note that soldiers can pick up the same type of grenade more than once. To keep the table size a bit practical, the effects of Disorient, Smoke and Acid are described here instead:

Smoke: Units that are covered by Smoke gain a +20 bonus to defense. In addition, these units do not suffer the increased critical chance when fired at when exposed or flanked, though they are still considered exposed or flanked for the purpose of perks.

Acid: Acid lasts for 2 to 4 turns and deals 1 damage per action other than Hunker Down or ending the soldier's turn. In addition, their mobility is reduced by 25%, their damage reduction is reduced by 50% (if their damage reduction is less than 6, it's reduced by 3, to a minimum of 0), they receive a -20 penalty to aim and the range of their explosives and thrown devices is severely reduced. Zombies, robotic units and units that have a Respirator Implant or Medikit equipped negate the damage and penalty to mobility.