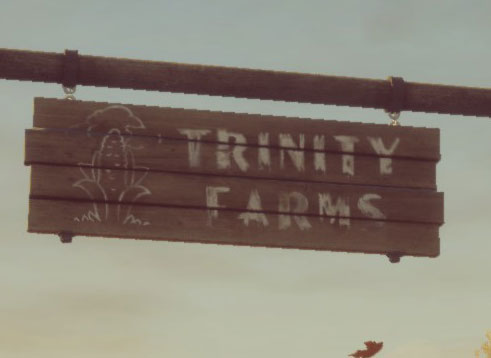 A secret nuclear missile silo hidden on a farm has gone dark. Investigate, and check the status of the missile.

The big threat in this mission is a Muton and a Sectopod, so you may want to consider anti-armor loadouts. Also, there are very few energy packs, but plenty of Grunts, so the Laser SMG is the only alien weapon you'll be able to keep up on ammo with. In which case, getting it in one of the other minor operations may be ideal.

Coming up on the farm, there is an Elite and two wandering grunts. Attacking them will eventually cause a Drop Pod to land beyond the back fence (it'll self-destruct after unloading it's wave of grunts, an Elite, and two drones). Head into the barn. if you haven't gotten the Laser Pistol yet, there's one in it's second floor.

The Medical Pack schematics is found in the first hidden bunker. Interface with the fuel control, head out to the next area (Barnes informs you that the current target is Washington DC. Passing a tractor, you'll come to some ruined walls, plus some explosive drums, an Elite, and two grunts, and a drop pod to the back-right (it seems to be glitched: it doesn't spawn enemies, and can't be destroyed). Also, save the drums for now, for a second drop pod will land on the back left after clearing the wandering Outsiders, and will spawn grunts and a Muton: if it walks in range of the barrel's blast radius, hit it. Otherwise, try to get close enough to hit it with grenades while it's still near the pod; you might even get the grunts in the blast. There's two grenades on the left corner, near the entrance to the field, if you need them, and a large energy pack in the opposite corner, near the 'indestructible' pod. Head into the second bunker, and interface with the clamp controls.

After the second bunker, there is a large field with Rocket Snipers and an Elite, as well as grunts scattered mostly towards the Outsider structure in the back: clear them out. As you approach the far end of the field (and the third bunker), from behind: a second wave of grunts appears from a drop pod, then a Sectopod near the wooden achway, then finally a third drop pod of grunts and a Drone behind that. There's a few energy packs around, and the Zudjari drop plenty of Laser SMGs. If you haven't gotten one yet, there's a free one leaning against the truck here.