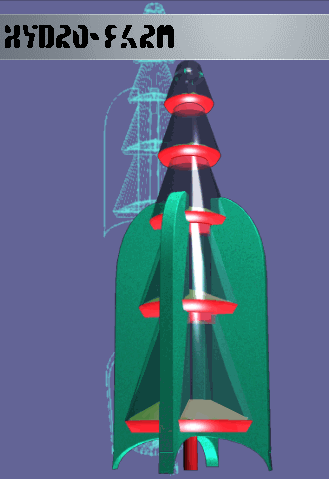 Prefer flying agents! A vertical farm battlescape always nine levels high own by Nutrivend, containing large structures for cultivation of various edible plants as a food supply for Mega-Primus. Most vertical farm battlescape segments have a central grav-lift with nearby weak structural supports. Destruction of the critical supports will allow the whole upper section to fall. Battles will either be within the upper sections of each farm segment or at ground level. If high up inside the vertical farming segments, movement is restricted and is not usually possible to easily access the adjacent battlescape farm segment. Any agents, if not flying, must move back down to ground level, cross open grassland with minimal cover to the next grav-lift then fight their way up the movement-restrictive shaft hoping that the whole thing doesn't collapse. Explosives will cause massive damage.
Careful of falling potted plants!