The Hyper-wave Decoder is the ultimate in UFO detection technology. It is the most expensive facility available, but it is worth every penny.

As a radar, the Hyper-wave Decoder's detection sphere extends beyond the Large Radar and has a 100% chance of detecting any encompassed UFO during the half-hourly radar sweeps.

In addition to the standard radar functions, it will also reveal the UFO's type, mission, destination and the race of its crew.

Hyper-Wave Decoders are made available after capturing and interrogating an alien Navigator.

This base facility appears in UFO: Enemy Unknown. For the Terror from the Deep equivalent, refer to the Transmission Resolver. 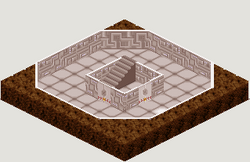 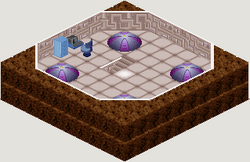 
The above apply a one-time-bonus to the bases detection abilities.