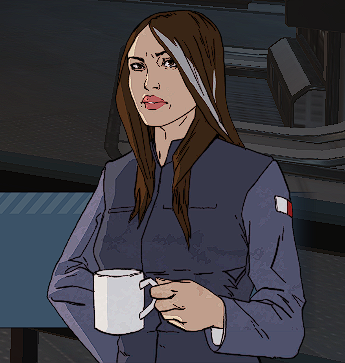 Jane Kelly was an XCOM Ranger during the second war. She participated in Operation Gatecrasher alongside Colonel Bradford to retrieve the Commander from ADVENT, and was the only soldier besides Bradford to survive the mission. Kelly served throughout and survived the second war, attaining the rank of Colonel.

After the war Kelly became Director of the Reclamation Agency, and championed the peaceful coexistence of humans and aliens. She was instrumental to the recruitment of many of the agents of Chimera Squad, probably most dramatically Torque, who through her friendship with Kelly reformed from XCOM-hating prisoner to dedicated agent.