One of the main locations concerning X-COM is Mars, particularly the area of Cydonia Mensae, where the main alien base is located on UFO Defense. This page does not contain any information regarding the game but will provide a brief overview of why the Red Planet and Cydonia were chosen to play such an important part on the plot.

On July 1976, the Viking 1 Orbiter was conducting a photographic survey of the surface of Mars, when it took several photos of the Cydonia Mensae area (roughly 40.9°N, 9.45°W). See map below for its location on Mars.

When one of the photos was released it carried the mention that it resembled a human face but NASA stated that the 'human' appearance was due to a trick of light and shadow (and also for the propensity of people to recognize 'common' patterns into nature, such as seeing figures on clouds). 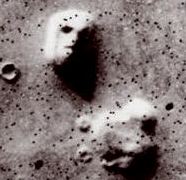 The 'Face' is rediscovered

For years the 'Face', along with the rest of the pictures was forgotten until 1979 when two scientists, Molenar and Di Pietro, went over the Viking photographs and found more images of the area. From then other scientists start analyzing the features of the area. The first picture comes from Viking, the second is a close-up of the Face and the third is a 3D visualization of the area.

The rerelease of the pictures sent off a debate regarding their possible artificiality. NASA kept its earlier position that the 'Face' and the other features were nothing more than the result of erosion on natural formations, while a few scientists argued otherwise. In support of their claims, arguments were presented that, besides their appearance, there was a geometrical relationship between the several formations and that Cydonia Mensae was once the shore of an ancient ocean on Mars (the Acidalia Planitia). The discussion was also picked by the UFO community with claims that a major governmental conspiracy (what else) was taking place to keep secret the existence of artificial formations on Mars.

To end the discussion, on 1995 NASA announced that its new probe, Mars Surveyor, would conduct a reshooting of Cydonia. And so, on 1998, NASA released a new picture of the 'Face', which hoped would settle the controversy. 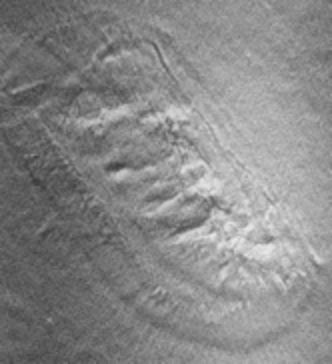 The new picture effectively dispelled any idea of it representing a human face, looking instead more as drawings on a cat's litter box, and the media reproduced NASA's interpretation of it. That should have ended the question, but it was later discovered that NASA had edited that photograph and had kept from publication an overhead image (unlike the previous one, which had been taken at a 45º angle), much more alike the previous Viking photos. 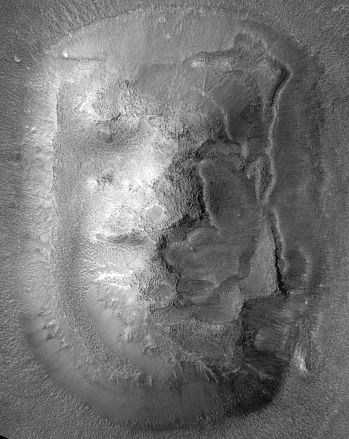 Although the new picture wasn't the proverbial 'smoking gun', NASA's behaviour concerning it has kept the suspicions of a coverup alive. And the new images have arisen claims that the right side of the 'Face', which until then hadn't been photographed with the same quality represents a 'Lion', with the structure having two sides, Human and Lion, a design found in some cultures on our planet.

And finally here's a picture of the Cydonia as it appears on UFO Defense. It isn't exactly like the real thing but who knows... 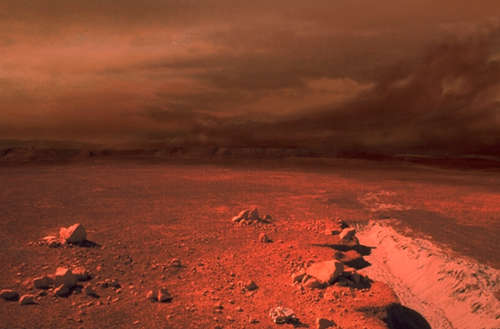 The sources for all of the above pictures are:

Malin's Space Science Systems page on Cydonia - MSSS is the NASA contractor responsible for building and processing the images received from the Mars Global Surveyor probe.

The Original Viking images at NASA

Unmasking the Face on Mars NASA's official article regarding Cydonia.