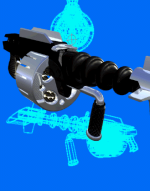 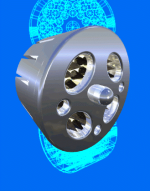 A rapid firing machine gun best used in close quarters combat due to its low accuracy. The weapon's fast fire rate allows auto-shot to be the ideal choice in very short range combat due to each round having low damage, but it will also limit battlescape damage if the target was missed. Ammunition quantities on the market are adequate, so this weapon may serve as standard equipment for average agents. Dual wielded weapons may be used, with reduced accuracy, but the inventory space needed to carry large amounts of ammunition may limit its usefullness. Low power and a high fire rate will quickly increase an agent's accuracy skill if the shots impact an enemy.

Turn-Based combat and auto-shot allows this weapon to be used easily.