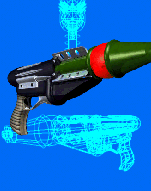 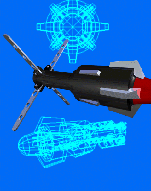 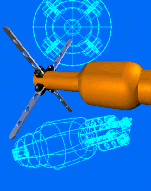 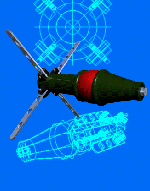 A small versatile missile launcher delivering three types light rockets with good homing ability at medium range. Ammunition is light with five missiles per unit which enables one agent to carry up to seventy missiles. Market availability is not an issue since ammunition quantities are acceptable if an agent is used in a support role and not dual-wielded. Homing ability tracks all targets well due to it high turning rate.
Explosive (HE) ammunition is weak and comparable to autocannon high explosive damage with added target homing.
Incendiary (IN) ammunition for engulfing a small group of hostiles in flames. Any unit hit with the mini rocket projectile will also suffer impact damage equal to the incendiary damage.
Note: All effects based on incendiary damage are identical.
Alien Gas (AG) ammunition for killing very small groups of alien lifeforms located in movement-restrictive areas (ie: the gas cloud is so small that they easily escape). Missiles are manufactured by X-Com.


Note: Anti-alien gas mini launcher missiles are only manufactured by X-Com. Marsec as the manufacturer is an error.