A mysterious new branch of study for XCOM, the Psionic Operative utilizes their mental abilities to great effect to boost their allies and cripple the will of enemies.

The Psi Operative in Long War 2 is almost identical to the vanilla one. The main difference is that some abilities require other abilities to be learned as a prerequisite, so they'll no longer be able to train high level skills like Void Rift from the start.

Psi Operatives focus entirely on psionic abilities in their perk tree, leaving little in the matter of using regular guns. However, Psi Operatives get Quick Study, letting them train up AWC abilities or Officer abilities faster than other soldiers.

The Psi Amp lets the Psi Operative use psionic abilities, improving them and their Psi Offense stat (which is used for most of them) as it's upgraded. 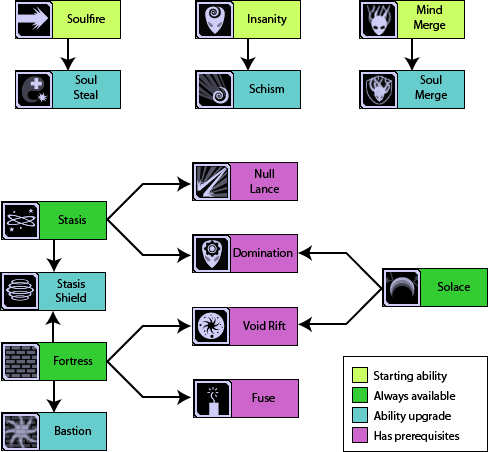 A scientist staffing the Psi Lab will reduce training time by 50%, having two scientists staffed with give a total reduction of 66%.

If a Psi Operative is training in the tube and you send them to infiltrate a mission, another soldier can train in that psi tube; the soldier that was in the tube will be on hold upon return from their mission.