Sightings in other fandoms

Anything referring to X-Com or has elements from a X-com in another game, or fandom, go here!

I was watching some old skool pokemon the other day, and while watching episode 22 "Abra and The Psychic Pokemon" I heard a sound from x-com as the kids go through the gym doors! To hear fpr yourself go here: http://www.animegiant.com/pokemon-series/ then click on playlist at the bottom. Scroll along till you find the aforementioned episode, Then at 7:10 and roughly 7:14 or 7:15, listen as they go through the doors! I can't desribe the sound, and I have no idea what game its from, but I instantly though X-Com when I heard it!

Actually, X-Com uses a lot of stock industry sound effects. For example, in UFO: the hovertank uses the siren from the Inspector Gadget opening theme. The plasma beam sounds like the Doom series BFG9000 (along with one of the deathscreams pre v1.4 that sounds like the death scream of one of the tougher Doom enemies). Some door opening sounds and energy weapon blasts can be heard in big budget movies and TV series like Star Wars and Star Trek. Millions of cartoons not-withstanding. Also check out a few of the stock sound effect packs that come with some early version of Windows - they've got a lot of the menu sound effects that are used in TFTD. Still, it's much fun spotting these wherever you can. - NKF 14:29, 15 June 2008 (PDT)

In Civ II the Sectoid made it into one of the short videos associated with one of the wonders. Don't ask me which, can't remember, I think it was the SETI one. Only certain versions of the game included the videos on the disc.

There was also an expansion pack, Fantastic Worlds, which included an entire X-COM scenario called 'X-COM: Assault'. More information about it can be consulted here

Civ IV included (will include?) a homage in the form of Afterworld, included with the Beyond the Sword expansion.

The expanded version of Civ II (not the expansion - if that makes sense) called 'Test of Time' has a very cool remix of the 'losing' theme from UFO as part of its soundtrack.
Media:UFOLose.zip

You sure it was a Sectoid specifically? I mean, they're pretty much just Greys, and Greys have been around for decades. Phasma Felis 23:04, 16 June 2008 (PDT)

Here is a proof of this.

It was the Sectoid UFOpedia image specifically. Gave me quite a surprise when it flashed up on my screen.

Part of the reason why so much X-Com stuff ended up in Civ is because they're owned by the same rights holders, so it's quite legal for Firaxis to use that media commercially. There was even a rumour for a short time that Sid would be working on his own X-Com game, but that never came about.

Awesome track by the way Tifi, surprised I didn't spot that myself. I'm pretty sure I have both versions of the game. I guess I just never lost. :D

Pretty sure this end... (Look closely.)

Whoops, I don't recognise that one. Guess it got more then one cameo!

Got bored enough this evening to dig out the disc. Here's a screenshot from the Civ II SETI vid.

Compare to the Sectoid article. 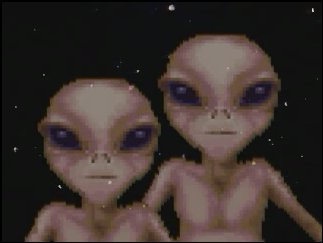 According to XCommand, this stuff was actually sold by Uniconfis Corporation (See link for higher resolution originals). 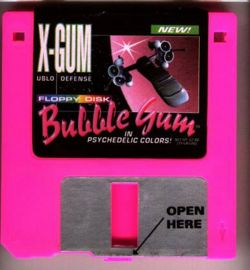 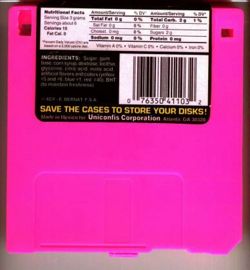 In Transport Tycoon (and Deluxe) there was a couple of UFO disasters. Here is a picture of one of them (the Large UFO disaster): 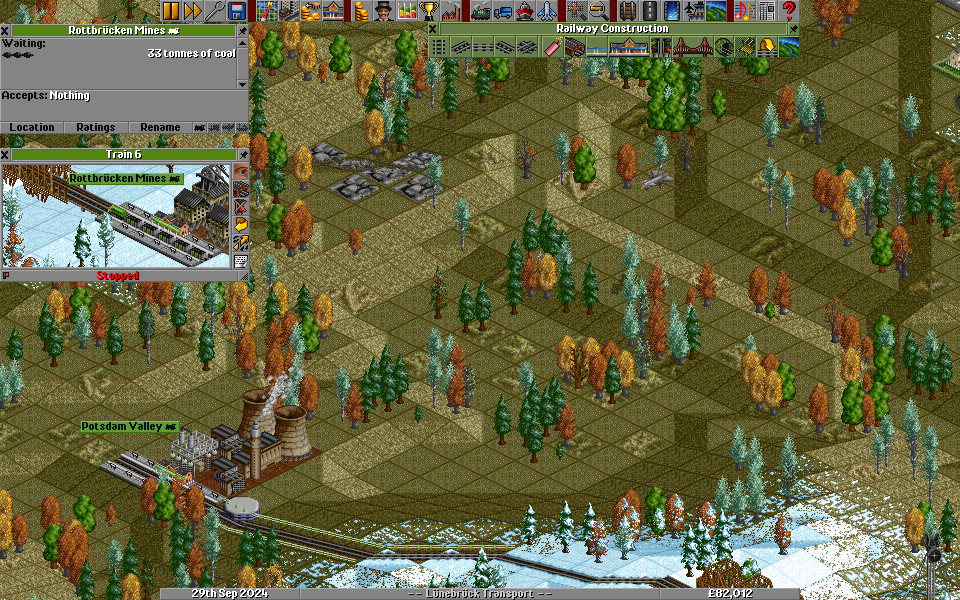 (The Harvester is on the left side, nestling on the tracks and the Skyranger is to the right, in the air ready to bomb the UFO.) There was also a small UFO disaster, which only destroyed buses, that used the Small Scout. Also, one of the premade scenarios has a "town" which says X:COM HQ. Both games were made by Microprose, so I think it was free advertising in an otherwise rather realistic (generally) game.

In Shin Megami Tensei: Devil Summoner 2: Raidou Kuzunoha vs. King Abbadon "Element 115" is one of the items used in crafting.

In 2003 tactical RPG Silent Storm there's a hugely overpowered weapon hidden in a very rare random encounter. It's a rather obvious homage to the Laser Rifle. 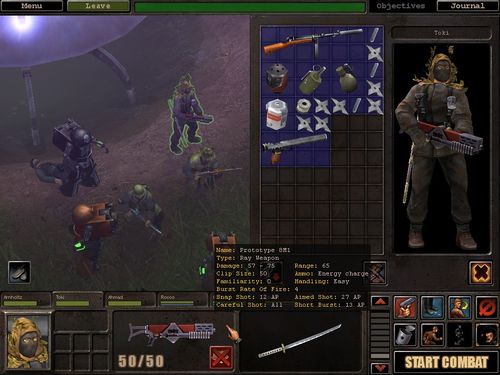 Don't get it backwards

As I mentioned in the Shin Megami Tensei refrence, there's many subjects that XCOM refrences from popular UFO culture before it:

Naturally, many more refrences that the XCOM games make exist across the franchise.

In the popular rogue-like Nethack, your hero may get confused or start hallucinating (due to any number of random circumstances). This causes names of enemies and objects to get scrambled and randomly replaced with others names. The name Sectoid will sometimes pop up as one of the names. They otherwise do not appear in the game, though avid X-COM fans will no doubt find amusement at the reference.

Hoverboards would've been useful, too

And in rare cases of XCOM refrencing an unrelated franchises: when stunning aliens with the Arc Thrower in the 2012 Enemy Unknown game, soldiers will sometimes exclaim "1.21 Jiggawatts!", an obvious refrence to the Back to the Future series of films, or "Ride the Lightning!", a song by the American metal band, Metallica. And sometimes, when rescuing civillians, both male and female soldiers suddenly use an Austrian accent to say "Get to da choppa!", a refrence to a famous Arnold Schwarzenegger line. Also, in EW, the codename for meld research is "Purity," a reference to the purity control from the X-Files. And on occasion, when using the Arc Thrower to repair a SHIV or MEC unit, the user will comment upon a "bad motivator," referencing the red R2 unit that explodes when Luke first acquired R2D2 and 3CPO.