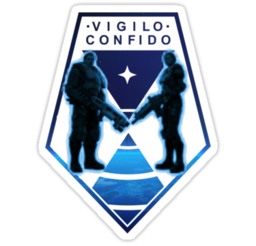 Long War's starting squad size is 6. It can be increased to 8 with Officer Training School upgrades as usual (though the prerequisites for the upgrades are a little different). When defending the XCOM HQ the squad size is fixed at 6. Covert extraction missions are fixed at 4 + the covert operative. The Super Skyranger upgrade will allow an additional 2 soldiers on alien base and Exalt HQ assaults, and an extra 4 soldiers on the final mission. To off-set the increased squad size, soldier classes have been made much more specific in their roles.

Like the base game, soldiers are divided into classes. Soldiers start out as Privates (analogous to Rookies), where they have no class, and when they progress to Specialist (equivalent to Squaddie) they are assigned a class. Long War allows you some control over which class the Private is assigned to; when a soldier becomes a Specialist, they will be assigned a specialism of Tactical, Weapons, Scout-Sniper, or Support. You can then choose between the two classes for each specialism by choosing the appropriate perk:

If you don't want either of the classes for that soldier you can choose the third Random option to choose a random class of the other 6.

The new classes are all designed with certain roles in mind, and they work best if they have other roles that synergize with them. For example, a Gunner's ability to Suppress works well with an Assault, as the Gunner can pin an enemy and prevent it from overwatching while the Assault moves up for a flank. Alternatively, a Scout can draw out overwatch fire for the Assault, allowing the Assault to move up, meanwhile also checking with a Battle Scanner that the Assault's destination doesn't have extra enemies hiding nearby.

In Long War soldiers suffer from Fatigue. After finishing a mission they must rest for several days. You can deploy a fatigued soldier if you must, but then they'll receive a fatigue injury, and need a longer rest session that can't be skipped. This is very important to how you play the game, since your roster of soldiers must be much larger to allow rotating soldiers in and out due to fatigue.

Ideally, you should have several teams of soldiers ready at any given point. This means that you can take most missions that the game will throw at you, which can sometimes be three in a row, especially if the Slingshot and Progeny DLC are activated. Try to spread the experience around, and take advantage of easier missions to get low rank soldiers - the last thing you want is for an important mission to come up and only have raw recruits ready to go. Note that OTS upgrades are no longer tied to your highest soldier's rank.

By mid-game you might seriously start to consider if some missions are worth it. When faced with shooting down a Scout or Fighter during the middle of the month, it might be wise to take a step back and think. "Do I really want to assault it?" Check your roster and see how many soldiers are fatigued and for how long. Getting 6 soldiers fatigued for 5 days for the relatively small haul you get from a Scout might not be worthwhile.

Fatigue on soldiers also highlights the importance of the S.H.I.V, as they do not suffer any fatigue, meaning that they can effectively be taken on several missions in quick succession (provided they aren't damaged during a mission). However they do not gain any experience, which could be potentially given to soldiers.

The "max timeout" (injury time) scales based on the amount time elapsed in the campaign. The reason for this is that:

This is basically a factor in vanilla's inverse difficulty curve, which the scaling max timeout is intended to correct.

Basically the BASE_DAYS_INJURED is the max injury timeout that can ever happen, and only happens after much time has elapsed. So the default value of 1320 hours = 55 days represents the maximum possible injury portion of a timeout.

However, this is scaled based on the campaign time elapsed, and this scaling formula can be tweaked using the two values packed into RAND_DAYS_INJURED. The two default values are 27 and 45, and they go into the formula as: 27 / ( Days + 45).

As time goes on, this asymptotically approaches the defined maximum injury timeout.

A couple of notes about all of this:

The default option for Long War is that soldiers have randomized starting stats. The stats for soldiers are generated with a points system, so while soldiers will be different, their overall quality should be the same. The Second Wave option Strict Screening will give your soldiers fixed starting stats.

In addition to the normal stats of mobility, aim, will and HP, Long War soldiers also have a built in defence stat. In Long War you can expect your soldiers' starting Will to be much lower than in vanilla XCOM, making panic much more of a problem early game.

The aim progression of the various classes do not differ as wildly in Long War as they do in vanilla. For example, the vanilla Heavy gains +10 aim from ranks, compared to the vanilla Sniper's +40, for a 30 aim difference. In comparison, the Long War Engineer gains 18 aim to the Sniper's 28, a much smaller, though still significant, 10 aim difference. HP progression on the other hand differs slightly more between classes. In vanilla, excepting gains from perks, the classes all gain 4 HP except the Sniper who gains one less. In Long War HP progression varies from 2 HP up to 4 HP.

* All soldiers have a chance to gain an extra 1 will per level, for up to 7 additional will over their class baseline.

⁺ Mobility penalties are from the class' standard weapons: Rocket Launchers (-1), SAW-class weapons (-1), LMG-class weapons (-2), and Sniper Rifles (-1). Snipers can avoid this penalty by equipping a Marksman Rifle, while Rocketeers restore 1 mobility for every rocket they fire.

With the Second Wave option "Hidden Potential" enabled, stat gain will be as follows: