At the very beginning of a battle, alien units are not scattered randomly throughout the map. Most aliens are positioned at one of a well defined spawn points. The easiest example is Base Defence missions, because you can locate the spawn points fairly easily, and use that knowledge to your advantage:

As you can see all the aliens appear either on the red-marked line, or in one of the small enclosures. A blind shot of blaster bomb that goes along the the red line goes through a lot of spawn points and is likely to hit an alien.

In addition to the hangar spawn points, there are at least 6 more in the elevator shaft.

During the 1st turn of a terror mission knowledge of spawn points will probably earn you some cheap kills, while keeping civilians safe. In most cases (see "overcrowded spawn points" below) all aliens spawn outside buildings, and all civilians inside buildings. That means that blind shots to spawn points, high explosives included, are very likely to take down aliens. Be careful with HE: after the 1st explosion there is no wall left to protect the civilians.

The most obvious candidates for blind shots are the gardens. No civilians around in the 1st turn, and only 3 spawn points to memorize: 2 for large gardens (refer to picture below) and one for a little garden - its exact center.

The next obvious candidate is the spot between the pumps at the gas station. This is a double win: This spot usually holds a terrorist, so eradicating a tough sectopod or annoying cyberdisk is a nice gain, and then the chain reaction of gas pumps will save civilians from this at the following turns.

The other spawn points for terror missions are pictured here. "R" marks a rare spawn point.

Note that aliens never spawn on the road or in non built yards.

One of the worst case scenarios for terror missions is when Snakemen attack and the spawn points are overcrowded. Chryssalids may spawn in all the three stories of the 3-storied building with no obvious pattern. It takes tons of luck to prevent them from turning all the poor occupants, and clearing this wasp nest is bloody hard. It's probably better to demolish the entire building if you get there too late - that is, the 3rd turn or afterwords. 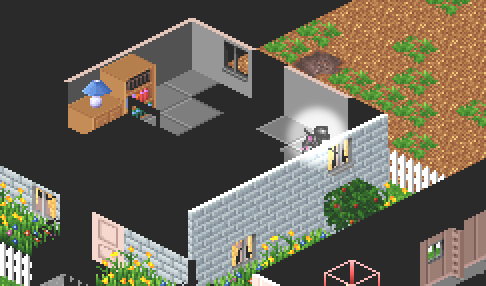 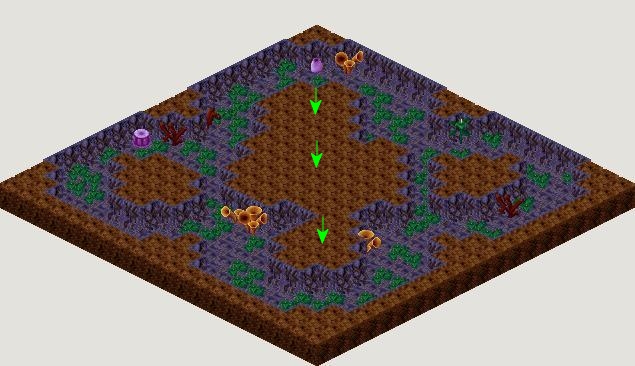 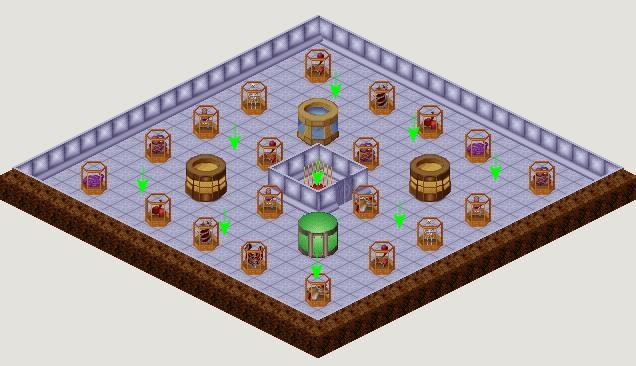 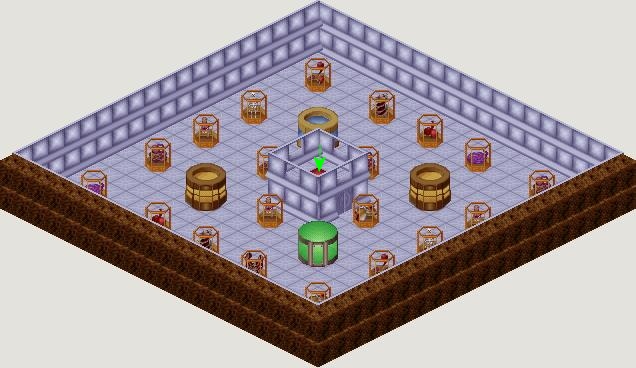 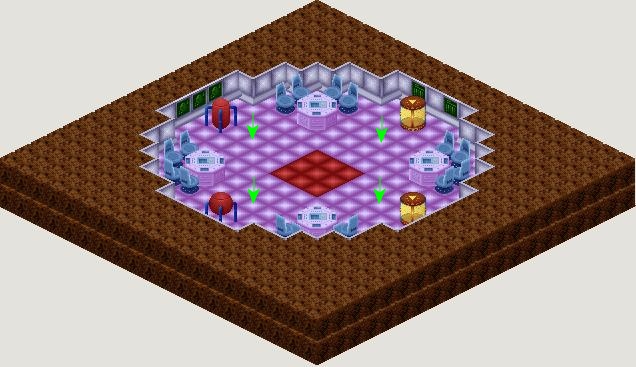 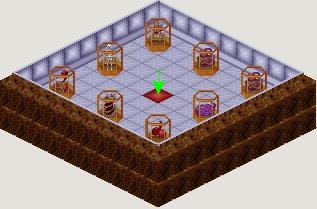 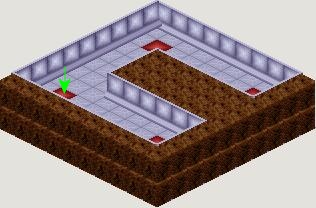 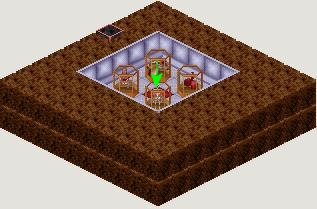