If you're bringing a lot of equipment to missions, or pick up a lot of stuff in two-part missions to avoid losing it, you may end up filling the 3x20 ground slots before getting rid of all the unnecessary baggage. The trick to getting a second page boils down to putting single-square items (like Sonic Pulsers) horizontally on the ground, and having the stacking algorithm put them vertically so they take up an entire column. Here's an example how to do this: 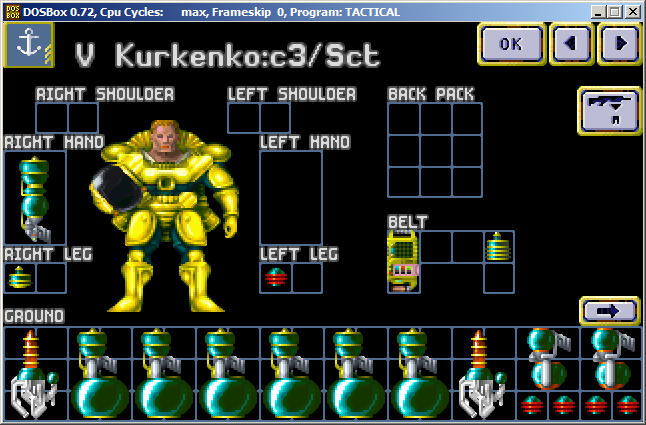 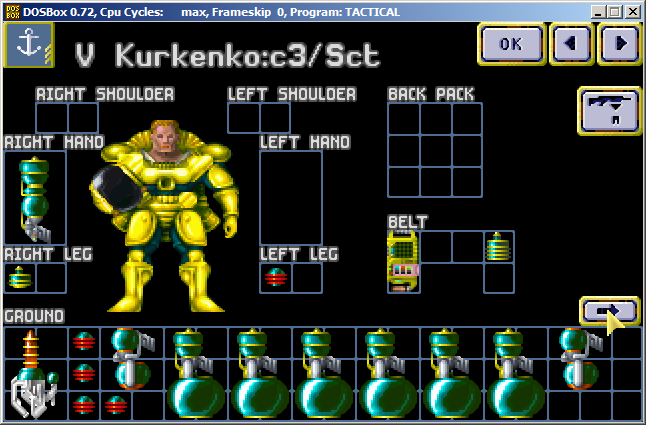 At this point you should be able to click the right arrow again to access the second page. You'll correctly find the absent 8th six-square item from the first page on the second page.