Bought it in a bargain bin in 98 or 99, for $4.99 at Electronics Boutique. I tried to play it turn-based and it was just terrible - brainsuckers and monsters everywhere. The micromanagement was really promising, but it was just unplayable.

Some years later I discovered the real-time option, and every few years since I have this overwhelming urge to play it. I found Roger Wong's FAQ, which led me to arming agents correctly and buying hoverbikes instead of valkries. I never get past the first three alien buildings - by then the threat is gone and the game loses all play value. Then a few years later I want to restart, for the thrill of shooting down invading craft before they deposit aliens, and researching everything from scratch.

My last game (still have saves in the alien dimension) was 2007 - and here I am in November 2010 firing up a fresh game on Medium difficulty (I think I've been too wussy to try anything above Easy). And I'm enjoying my best game yet, although my agents are always injured and my finances always tight.

I'm a bit abnormal in the X-Com fan world, because the first two games seem slow and unplayable to me. Turn-based isn't my thing - when I was in my late teens maybe, but now I just don't have the time anymore. Anxious for the X-Com experience, a few years ago I purchased UFO: Extraterrestrials, and was just disappointed beyond belief. With the micromanagement available in Apoc, the detail of ship types and crews and invasions and commerce and politics, there was so much to focus on outside of combat that it was mind-blowing. To take an additional 10 years, just to move things back with less depth, was mind-boggling. I wish any game that came out today had as much depth as Apoc.

I am a data analyst in the healthcare industry. In my spare time I play video games, perform as a musician, edit Wikipedia and Wiki pages for certain games I hold near and dear.

My stab at an X-Com Apoc Quantum Physics research tree: 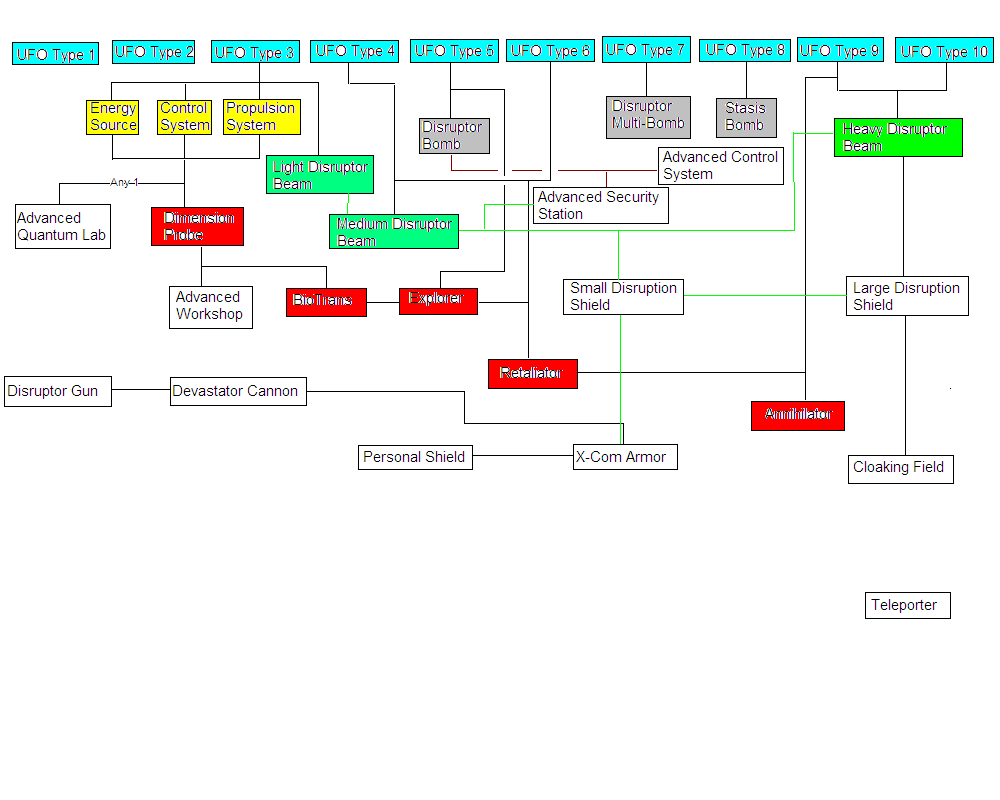