X-COM veteran with over 10 years of experience and proud former player in the X-COM Alliance Sim. ShadowBlade in StrategyCore and Shadow in the OpenXcom forums.

Check out my OpenXcom mods! 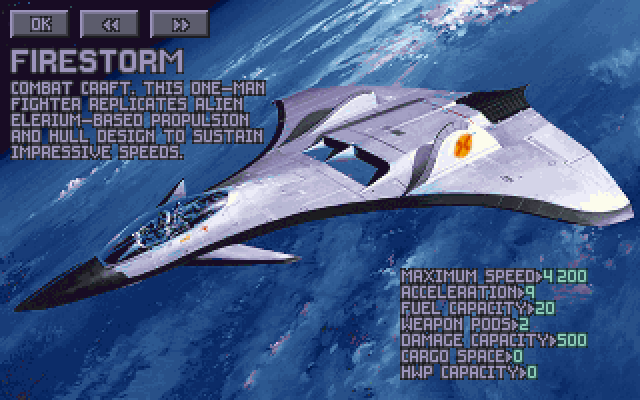 Since I've always sort of disliked the plain, rather unimaginative saucer aspect of the default Firestorm, I decided to restyle it to give it a more advanced Terran look. Had to redo the UFOpedia entry text to accommodate the new design, and following the line of other craft, the base sprite takes some liberties when it comes to colours: I chose the Avenger's colour scheme for the Firestorm's new look. 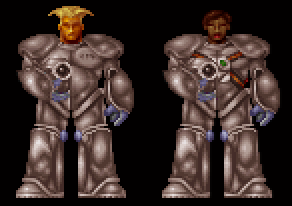 This mod basically changes the inventory screen sprites for troopers wearing Power/Flying Suits, following the later Terror from the Deep helm-under-arm style that preserves the individuality of each soldier.

Actually most of the graphic work is Bomb Bloke's, so big kudos to him. I just adapted the whole thing to OpenXcom and fixed some tiny pixel inconsistencies. 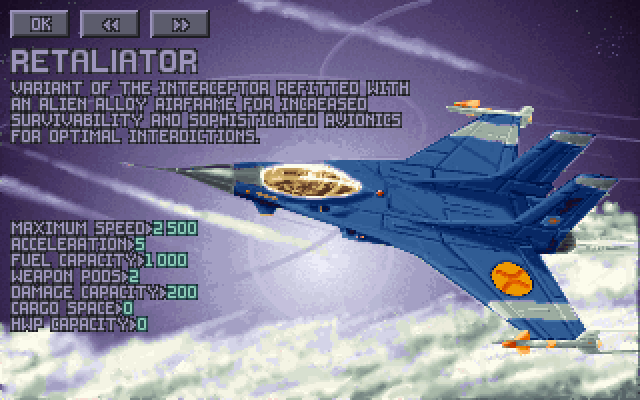 While playing on Veteran level, I figured it'd be nice to have a mostly conventional stepping stone towards the Firestorm, given it takes a while to be able to develop and more importantly maintain an Elerium-powered fighter craft. The Retaliator is a fairly modest improvement over its Interceptor cousin, performance-wise, but its primary advantage is that it can be built in X-COM bases and therefore not incur any rental fees.

During most of the game, X-COM operatives have their own unique equipment and weapons, save for the occasional alien gadget here and there. However, once plasma's researched, that battlescape diversity is lost, and everyone's largely using the same gear.

Not so much with this mod, which sets apart alien and human plasma weapons, creating a different late game experience. The design of the extraterrestrial firearms is not oriented towards human operators, which has led X-COM engineers to come up with their own variants. What's more, the replication process has produced particular differences in performance, compared to the alien counterparts. Not to mention Terran plasma bolts are blue! :D

The necessity to manufacture plasma weapons and ammo alone should present interesting economic challenges when otherwise you'd simply rely on the generous amounts of alien equipment you salvage from missions. Coupled with the statistical changes, it might even be enough to break the Heavy Plasma's hegemony and prod the player to at least consider keeping the highly precise Plasma Rifle in service as a primary weapon.

Kudos to Chiko for the original design of the new plasma technology, which I later modified to some extent.