What it should be. Design doc (OpenApoc)

From UFOpaedia
(Redirected from What it should be. Design doc (Apocalypse))
Jump to navigation Jump to search

The ability to arrange vehicles and agents in an order that I choose. I find it ANNOYING that my main team of 18 agents who I hired from the beginning, gets messed up by new hires being inserted between those agents.

Ⓜ Crash clearing missions can be random timers and triggers that can stop the timer. For instance:

There may be several timers and some hidden ones, and some timers will need a trigger for it to appear.

Immersion in the game on missions

Immersion in the game will also help **quick pop up phrases** that agents or other characters will pronounce when they get into some kind of situation or interacting by clicking on the cursor as is done in fallout 2. 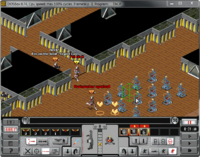 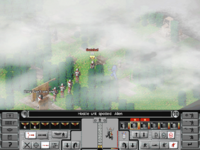 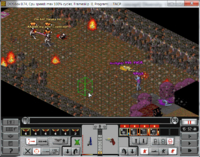 Quick Phrases - This mod will help the player plunge into the atmosphere of the game even more with the help of **additional effects and sounds**.

The game has the disadvantage that agents are completely speechless like dolls. Immersion in the game will be helped by quick phrases that agents or other characters will utter when they get into a situation or interact by clicking with the cursor, for example, as done in Fallout 2.

The formula for a random phrase can be, for example, this (depending on the situation):

In the UFO crash mission (not only here but also on the city map), you can add meteorological and other phenomena taking into account the post-apocalyptic state of the earth’s atmosphere and to diversify the game:

Nothing plunges more into the game than the sight of suffering and pain. A fight is never so clean. Aliens and people should not always die immediately, and sometimes shoot back with reduced accuracy (and you will have to finish them off so that they do not shoot or shut up). The wounded can moan for a long time, bleed and move a little, people can scream and call for help or swear using quick phrases. Puddles of blood under them can be added to corpses and wounded. When a bullet enters the body, add a small effect of tearing and scattering of blood and pieces of meat and clothing...

Interesting extracts from the real history