This is the Ufopaedia.org news page where relevant news and site messages will appear. When this page is transcluded into other pages, only the new news items should appear there. Everything else will only display on this page.

XCOM 2 - Join Us Or Become Them 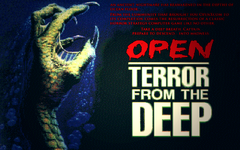 XCOM: Enemy Within and Hangar 6: R&D have been released!

XCOM Base Defense confirmed on EW

XCOM: Enemy Within will be revealed on August 21st

The Bureau: XCOM Declassified will be released next month

Now available for less than $15

For "reviews", see this.

OFFICIAL - NEW X-COM GAME FROM THE DEVELOPERS OF BIOSHOCK 2
Yes, this will come as a shock to all, but 2K Australia and 2K Marin is busily working on a first-person shooter based on the X-COM franchise. More info will presumably become available on the 2010 E3.