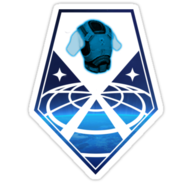 Resistance to Acid prevents soldiers from receiving mobility penalties from Acid, and from taking damage when performing any move other than Hunker Down. The soldiers still take penalties to Aim and Damage Reduction, and still suffer reduced range on rockets and thrown devices.

Armors and exoskeletons can be built in Engineering. They can also be built quickly, which increases the Credits, Alien Alloys, Elerium and Meld costs, but halves the build time. The values between parentheses indicate the costs and time when building these itemss quickly.

New in beta 15, Long War now provides multiple MEC suits with the more advanced suits featuring emphases on extra survivability or mobility. Some suits have either the Body Shield perk or the Jetboot Module perk built-in.