Difference between revisions of "Battleship (EU2012)" 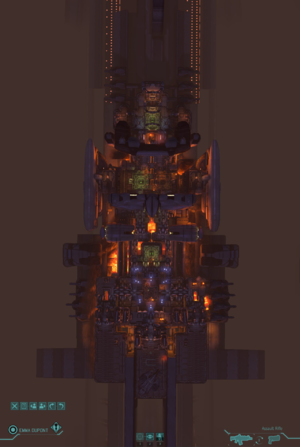 An advanced large UFO. Engage only with a Firestorm armed with an EMP Cannon, Plasma Cannon or Fusion Lance. Using the latter guarantees a win, otherwise expect one Firestorm to be insufficient. One Firestorm with EMP Cannon and 1 use of Dodge is enough. Expect to take moderate-heavy damage. Unless you make good use of dodge while closing in and then aim to ensure it is downed in 2-3 shots.

Appears if a flying UFO is ignored, the month depending on the difficulty level. Or it can appear as a flying UFO on October (Vanilla) or April 2016 (Marathon).