Difference between revisions of "Cannon" 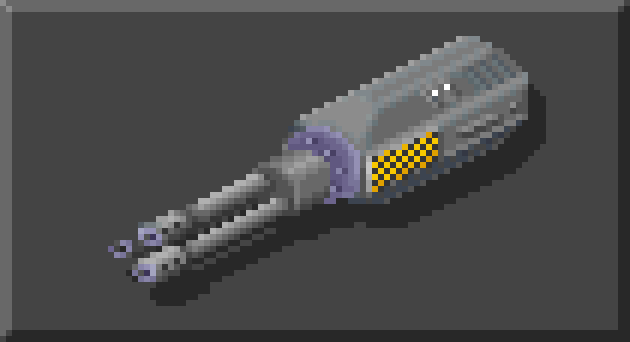 The Cannon is considered to be the last resort for craft armament. It suffers from both a lack of power and a pitiful range, making it effectively useless against all but scout class UFOs.

The cannon's main advantage is its huge magazine. Though the Stingray and Avalanche have greater range and power, the missiles do have a very limited ammunition supply. The cannon on the other hand, having 200 shells and a greater firing rate, has many chances of striking its target. What it lacks in power, it makes up for in volume.

Due to these limitations, Cannons are very quickly outclassed by the craft Laser Cannons and Plasma Beams. Cannons continue to remain useful to a small extent by the simple fact that they have a much greater chance of shooting down smaller UFOs without completely destroying them.

They reload in 50-round lots.

Note that the Accuracy given in the in-game UFOPaedia is incorrect; two independent code digs have confirmed these are the correct accuracies for the craft weaponry.