LWOTC features revamped versions of the three Chosen from WOTC:

They now act like bosses and do not appear on regular Guerilla Ops or most other mission types (because they are much more difficult than they were in WOTC). They can only be found on very specific missions: all types of Retaliations, Chosen Avenger Assault and Chosen Citadel Assault.

Spectres in LWOTC behave very similarly to their WOTC counterparts, however they now use their Horror ability more often (when taking a flanking shot or using Shadowbind aren't viable options), although it no longer causes will loss, but is more likely to panic its target.

ADVENT Purifiers in LWOTC are similar to their WOTC version, but with a few notable changes, such as the addition of a pistol in case they can't get close enough to use their flamethrower, the removal of their Incendiary Grenade/Bomb, and flamethrowers being able to go through most cover and having guaranteed damage. Overall, they are much more difficult than they were in WOTC, because the Burning status effect is much more punishing (disables nearly all non-melee abilities and can't be removed via Hunker Down). The Disorient status effect no longer disables their flamethrower, but it is still a very powerful tool against them, as it allows your soldiers to maintain a safe distance from Purifiers (whose base mobility is rather low).

ADVENT Priests in LWOTC were reworked in some ways compared to how they appeared in WOTC. Killing a Priest that is using Holy Warrior will no longer automatically kill the target of the buff. Tier 2 Priests are now immune to negative mental effects, and Tier 3 Priests now provide immunity to negative mental effects to themselves as well as their allies as an aura around them. Additionally, their chance to Sustain is now 100%, but goes down by 25%/17%/10% per point of overkill damage (for T1/T2/T3 Priests - this means that you need to deal 4/6/10 overkill damage to guarantee they die without Sustaining).

The Lost are now much more threatening individually than they were in WOTC; they can climb up walls and Headshots are disabled on all difficulties except Rookie. The following types of The Lost appear in LWOTC:

As the Advanced Warfare Center was removed in WOTC and replaced with the Training Center (and Infirmary), all non-Psionic, non-SPARK soldiers can now gain Ability Points (AP) upon ranking up (in addition to a shared pool of XCOM Ability Points, which are granted only upon completing very specific and difficult objectives, such as defeating Chosen) and have a specialized "XCOM" row of perks, separated into 4 tiers:

All of these perks can be acquired as soon as the Training Center facility is operational (assuming sufficient AP). There are no rank requirements for any tiers; you can get a Tier 4 ability on a Squaddie, although you will need to spend a lot of the shared XCOM AP.

It's worth noting that these perks are generally much more synergistic with the soldier class than they were in LW2 - for example, classes that don't usually rely on grenades will no longer obtain grenade-related perks.

Similarly to LW2, most soldiers can equip pistols and learn Pistol Perks, but the perks now cost AP and are acquired in the same way as XCOM row perks. They appear 1 row below the XCOM row, which makes it necessary to scroll down the perks screen to see them. 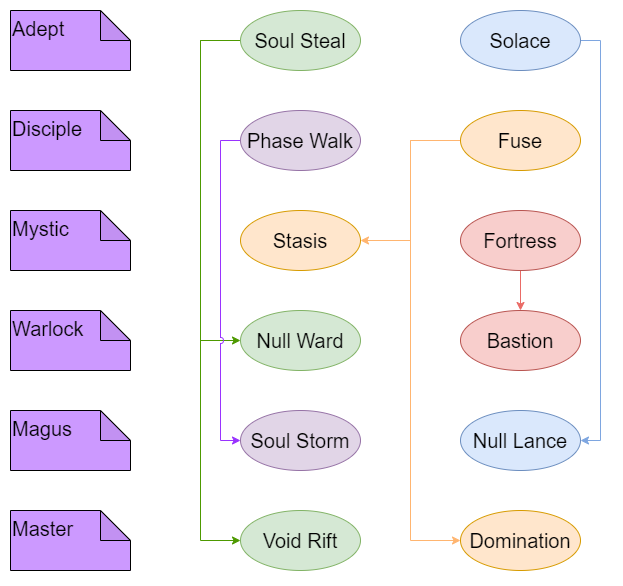 These changes only apply if the Revert Overwatch Rules Change mod is disabled:

Reaper still serves a similar role as a scout and marksman for the team. Shadow no longer has charges and instead gains a 4 turn cooldown but has been significantly reworked. All actions will reveal the reaper (except primary weapon kills with Silent Killer) and automatically reveals after 2 turns but never reveals when using their new secondary Throwing Knives which can further be improved by perks.

Skirmisher serves a similar role in being mid-frontline infantry focused primarily on combat but also some side support. Most of the skirmisher's kit is like their base counterpart but instead of having standard shots being non-turn ending, they now get Hit and Run which grants vastly more flexibility on how to utilize their actions and changes the focus of being a stationary trooper firing off many shots to hit and run tactics.

Templar serves a similar role as a melee focused damage dealer or using special psionic abilities but they now have an additional role they can serve. Templar now carries a Ballistic Shields as their secondary which allows them to take damage better than any ally. Focus no longer grants any bonuses when holding them to discourage hoarding focus and never using them in addition to easier focus generation. Rend no longer requires a kill to grant focus but instead only requiring the attack to be made allowing for easier focus gain and allows for more liberal use of powerful abilities that cost focus. Additionally there are several perks that also grant focus to make this task even easier.