Each difficulty level has its own Cityscape design. The harder the game the larger the map. The quantity of buildings will increase with higher the difficulty, the structures are larger, taller, and are easier to collapse. The road layout becomes more complicated, longer and higher.
Base locations will be more numerous but their functionality will be more limited. 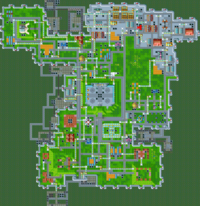 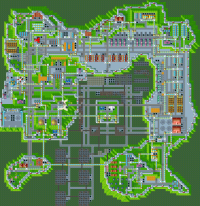 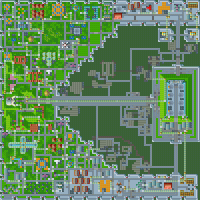 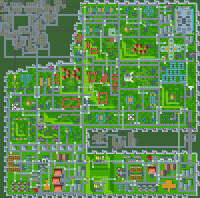 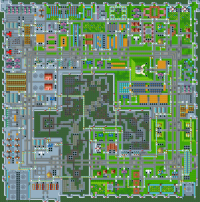 At the start of a new game, X-Com's initial starting money and end-of-week income:

Funding is calculated for the new week, Monday at midnight, based on your performance (your Score) in the previous week.
The initial X-Com funding is added to with extra funds, Weekly Income, from the Government (The Senate). Income can be decreased to zero if performance is always substandard.
The government may not have enough liquidity to continue paying for the good (or better) performance of X-Com's ability to deal with the Alien menace and may only give what is can spare, but no more than half of its total cash. Weekly Income may be stopped if the government has negative cash flows. Income will be immediately cut off if the government becomes hostile to X-Com and if 100% infiltrated, funding will be permanently lost.

Each difficulty level also modifys unit attributes. All enemy units, civilians and Security Station turrets have their stats increased on difficulties above Novice.

The more difficult a game, the faster the Aliens will invent and acquire more advanced weaponry both for their crafts and lifeform equipment dependant on score.

There are only two ways to lose the game easily:

...or if across multiple weeks:

...and if you go under-equipped or unprepared: