Another option is not to shoot down a ship but letting it land. When X-Com is using a Hyper-wave Decoder, the purpose of the UFO is obvious. NEVER let any ship on an Infiltration or Terror mission land. Without a Hyper-wave Decoder only medium UFOs (Abductor and Harvester) are a safe option as these vessels are never on an infiltration mission.

Small UFOs are equipped with one UFO Power Source which means a total of 50 units of Elerium-115. Medium UFOs have two, large UFOs three and the very large Battleships four Power Sources. 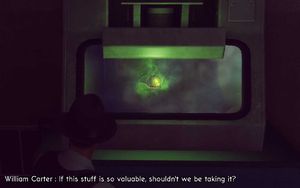