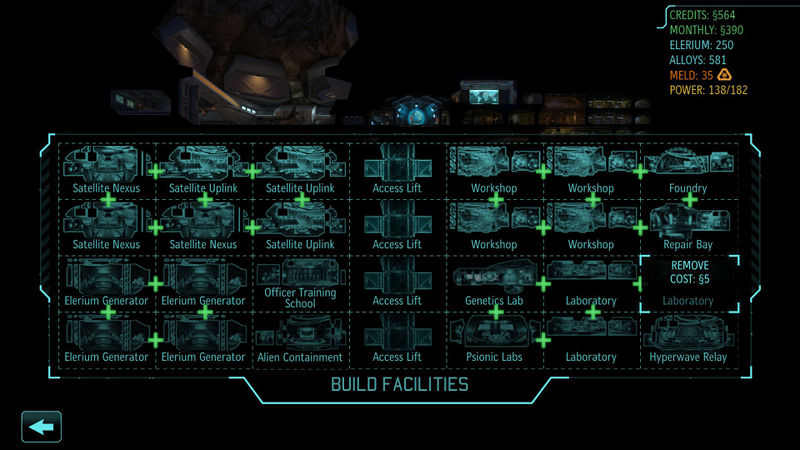 An example of end-game base layout. The in-progress Gollop Chamber and the one Fusion generator were formerly a laboratory and a workshop, respectively, with adjacency bonuses. Note that the Satellite block, had it been oriented horizontally, would allow for a 2x2 Elerium Generator block, but the +3 power would not be sufficient to allow both the Gollop Chamber and retain the removed Workshop (but the L-shape had been more than sufficient for the Lab and Workshop prior). However, the 2x2 would have allowed the Chamber to be built without the Fusion generator.

Click on a date/time to view the file as it appeared at that time.

You cannot overwrite this file.

The following page uses this file: