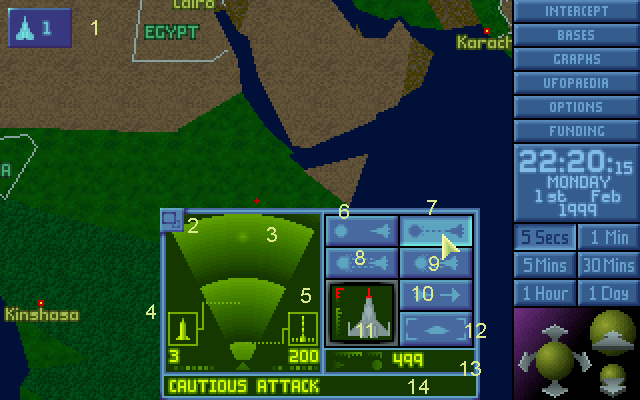 Often you will find that nothing much is happening in the game, fortunately you have the option of accelerating time, even to the point each few seconds an either day will pass. You won't miss anything though, as all the key events that can happen such as a new UFO contact, production and research completion, new facilities being erected, and so on will all stop time progressing exactly when they occur, and offer you the opportunity to slow time back down to the minimum five second interval so that you can deal with whatever requires your attention. Certain events may slow the interval down automatically with no option, but in this case if so desired you can simply just ramp the time interval back up if whatever was flagged up doesn't actually require any attention.