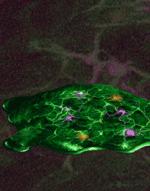 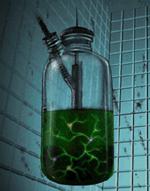 You know, if the boot could be considered a weapon, it would be lethal to these creatures. They are pretty much piles of goo, which are found in the blood stream of all the other aliens. If you want to know why, go look at The Real Alien Threat. I won't spoil it. Anyway, these are probably my fourth most disliked unit of the game, aside from the Popper, Megaspawn, and the Psimorph. These also have psionic abilities, but it's PATHETIC. They couldn't mind control a fly. But if you leave them alone for a long enough time, they CAN and WILL mind control your troops. They just need time. Which they don't have if you are even half the competent commander you should be by the time these guys show up.

Official Entry (Captured Alive): "The capture of a Micronoid Aggregate is an essential step in the advancement of our knowledge. This formless mass of micro-organisms is found inside the bloodstream of other Alien forms. Each microscopic organism is an independent and intelligent life form. They communicate with each other using Psionic projection, but they are unresponsive to human Psionics. It is unclear whether these creatures are parasites or an integral part of the Alien spawn."

Official Entry (Autopsy): "This is not one single creature but billions of micro-organisms. These organisms have been found in the cardiovascular systems of other Aliens, but until now we were unaware of their extraordinary capability to act independently. It is clear that our research must concentrate on these unusual life forms."