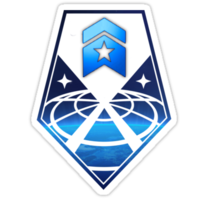 Each officer rank is unlocked by purchasing an upgrade in the Officer Training School. It unlocks a number of officer billets for the new rank and prior ranks. Purchasing these upgrades costs money and requires a certain number of total soldier ranks (where a Specialist counts as one, a Lance Corporal as two, and so on). When an officer is killed or dismissed, the billet will cycle back and become available again after a few missions.