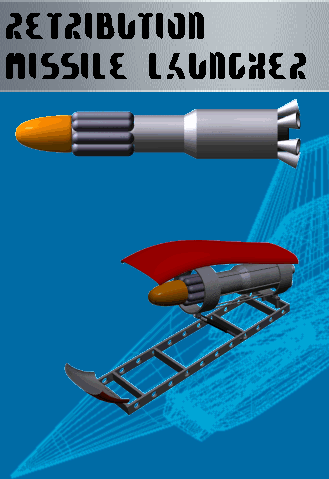 An even more destructive missile than the Justice Missile, Retribution missiles need to be used with severe judgement.

The Retribution missile sports an immensly powerful warhead and almost city-wide range, making it propably the most devastating and fear-inducing weapon available for X-COM.

The launcher is capable of holding only a single huge missile and it has very poor tracking so it is best used against extremely slow or, ideally, stationary targets. Buildings will turn to ruins and UFOs are left with a large new viewport by the huge explosion. The single-shot nature and poor tracking however limit the effectiveness of this weapon and it is best suited for taking down hostile buildings or as artillery support against large, slow targets in emergency situations.