Tank/Laser Cannon and Hovertank/Plasma both have a base damage of 110, which translates to a range of 27 to 82 against terrain objects. (3 / 55) is 0.0545, so these tanks should be able to breach inner UFO walls 5.45% of the time. It should take an average of 18.33 shots to breach a wall with either of these weapons.

A few wall types in UFOs are far easier to breach than normal inner walls. Most UFO navigation rooms (i.e., the bridge) have a few walls sporting a green and black computer display (see image above). These walls have a damage rating of 70 (versus 80 for normal inner walls) and can be more easily breached by a Heavy Plasma. They can even be breached by a direct hit from a Launcher tank's Fusion Ball.

Weaker still (60 damage) are the orange or blue flashing Alien Entertainment walls found in certain areas. The outer northern and western walls of alien base command centers are constructed of these walls (see image below), and are easy to breach — making for a safer entry point than the doors on the western face. Furthermore, on the northern side of the inner wall, there is a single computer panel wall which is easy to breach (all the other sections are "security walls" and can only be breached by a Blaster Bomb). 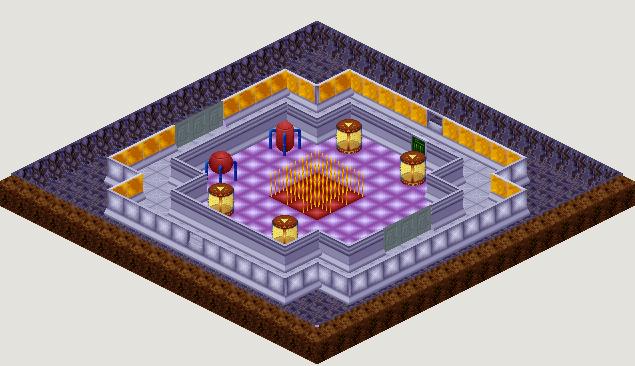