Alien Containment facilities provide the special environments needed to keep aliens alive for extended periods of time. Without an Alien Containment, any live aliens captured at the end of a mission will die.

The default starting base does not include an Alien Containment facility, although they are available to build at the start of the game. It is recommended you build one immediately, as some of the highest-priority research in the game depends on studying specific live aliens.

This base facility appears in UFO: Enemy Unknown. For the Terror from the Deep equivalent, refer to Alien Containment (TFTD).

There are 29 different alien race/rank combos in the game:

The two robotic units (Sectopods and Cyberdiscs) cannot be captured alive. Therefore, only 27 of the race/rank combos can be kept in a containment facility.

Contrary to the in-game UFOpaedia and popular opinion, the Alien Containment module does not have a limit of 10 total aliens or 10 aliens of each race or rank. That is a complete fallacy. Live aliens successfully recovered from a mission are placed into a file named ASTORE.DAT which has capped size of 50 records. Adding more AC modules to a base does not increase this cap, nor does a new AC module at another base. Thus, the max capacity is 50 units, and that limit is shared between all the bases which have an alien containment facility. It doesn't matter what the race or rank is either; as long as the file has room, the game will continue to add live aliens until it is. For example, if you managed to stun only Sectoid Soldiers you could clog ASTORE.DAT with nothing but this type of alien. However, it appears that if you have already completed all research possible for a certain alien race/rank combo, AND you do not have any of that race/rank combo currently in storage, the game will not add that alien to storage.

In practice, one containment module can suffice for the duration of the game. Researching live aliens invariably kills them, and if all aliens of a given type are researched, their space will become available for a different alien type. Thus to clear out space in your containment, just research some aliens.

If you have more than one alien of a given type in your confinement, you will be able to research that alien type repeatedly until all aliens of that type are used up. If you have already gleaned all possible information from a given alien type, you will not gain a new UFOpaedia entry once the research is done. Soldiers in particular offer little of value, revealing only information about their species, if you have not yet studied any member of their race. See Live Alien Research for details on what information can be gathered from each alien type. 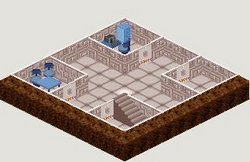 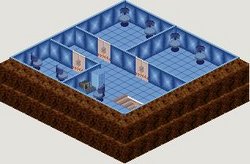