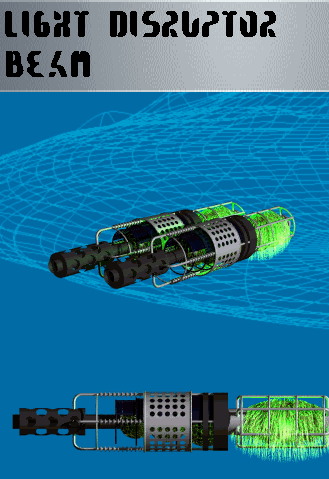 This will likely be the first or second alien weapon you recover (along with the Medium Disruptor Beam), as you'll pick them up from Alien Transporters in the second week. Only the Hawk Air Warrior and the X-Com hybrid craft have slots capable of outfitting this weapon. Alien disruptor weapons are powerful, accurate, and have an infinite ammunition supply, making them an excellent upgrade for the vehicles that can mount them.