The Spawning Chamber is the seventh building of ten in the series of alien structures. 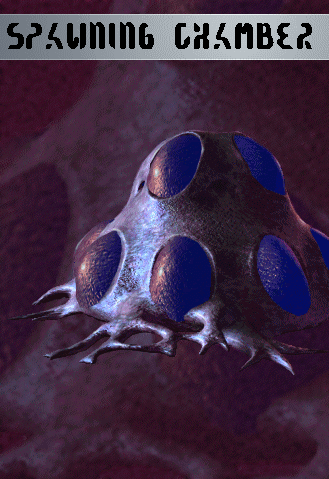 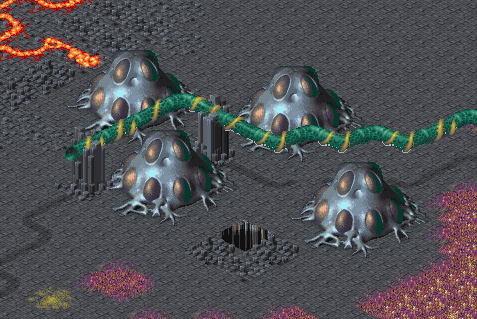 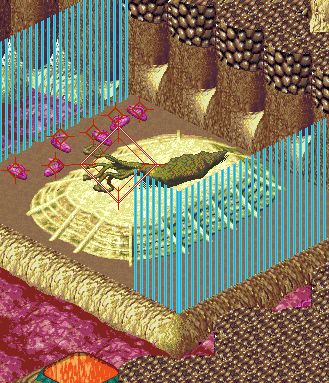 This building has one area which contain the Alien Queen (shown left). The objective is either capture or death of the Queenspawn.

The alien battlescape is five levels high.
The queen is located in an extremely well defended unique large building with very thick walls ...is further protected by an invunerable forcefield enclave ...and a very damage resistant red biological matting used as a floor ...and four individual re-inforement pads for quick assistance ...and numerous large defenders ...and finally a large collection of alien eggs.
The queen's building has a wide entry archway and with brown rock ceiling.
The remaining battlescape segments are of the standard architecture along with orange pad devices using the generic brown rock scoffold.
A unique type of plant is found with the generic architecture. The plant off-gasses a pink smoke effect of unknown purpose if destroyed.
Oddity: The 'invunerable' red floor can be collapsed by removing everything underneath. The forcefield is invunerable - the floor inside at the rear can be cut away which will allow access underneath the queen's platform.