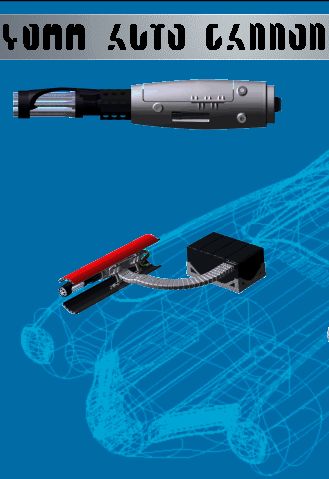 The 40mm Auto Cannon has weak projectiles, but makes up for this deficiency with its high rate of fire and very high base accuracy. This allows it to deal decent damage to early UFOs. An additional perk of the low damage is that it will cause minimal property damage to the city during intense air combat.

As new UFO types appear, the 40mm Auto Cannon will start to become less effective and eventually be unable to penetrate the armor on the hulls of the more advanced ships. They will still be able to damage energy shields.

The 40mm Auto Cannon is recommended for use on groups of aggressive swarmer vehicles. As new UFO appear they should be phased out and replaced with alternatives such as the Render Plasma Gun or better. The weaker but much more cost effective Bolter 4000 Laser Gun is also a popular replacement.