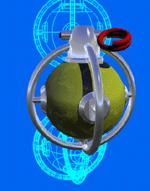 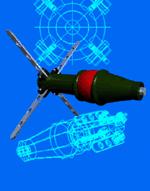 Once you have Toxin C and captured the Queenspawn alive, you can research Alien Gas. In honesty, this comes in the game so late you barely get to use it. To be precise, There are only 3 alien buildings remaining after you capture the queen, and since you just destroyed before that, no more alien ships will spawn. However, if you feel the need, there are three different delivery systems for this gas. The first is the grenade. Duh. It explodes, aliens choke and run from cover into your glowing Devastator Cannons or prickly toxiguns, or they stay hidden and die. Either way, you win. The second is the Heavy Missile. This is a missile for Marsec's Heavy Launcher which has a one shot per missile limit. Oh well. Good enough when you need it, I guess. The last is the Mini Missile, which is a missile for Marsec's Minilauncher. This has 5 shots, but still has the same effect as the grenade.

The gas cloud released by any of these delivery methods will cause massive damage to alien life forms. Like stun grenades, it cuts right through energy shields. As advertised, it does not harm humans, so it's safe to toss indiscriminately and use as a smoke screen. Powerful stuff. It's too bad that the last few missions do not have much enclosed space or chokepoints, slightly reducing the effectiveness of the gas. However, the size of the gas clouds released by the grenades and heavy missile are huge enough to more than mitigate this issue.

It is unclear what the listed power levels of 40, 70 and 90 respectively, actually effect.

The heavy missile has it's time to shine in the final building, where there are large groups of psimorphs and skeletoids flying in large clusters. The mini launcher gas clouds are significantly smaller, and the grenades will explode on ground level and not reach them.

Official Entry (Alien Gas Grenade): "A grenade which releases the X-COM developed anti-Alien gas. It does not harm humans or terrain but will be lethal for any Alien remaining within its dense gas cloud."

Official Entry (MiniLauncher AG Missile): "Developed by X-COM to target Alien life forms. When the warhead explodes it releases a cloud of gas deadly to Aliens but harmless to humans."