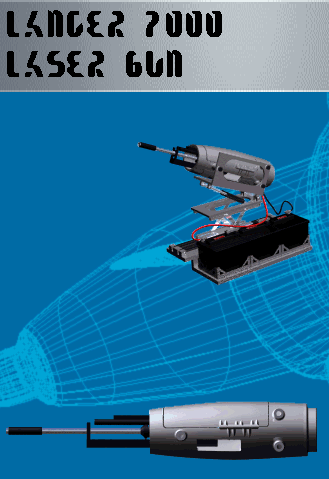 The Lancer 7000 is a high energy laser beam weapon powered by powerful atomic cells that provide a practically infinite energy source. It is a souped-up variant of the Bolter 4000 Laser Gun that fires a more powerful beam.

This weapon is severely restricted in the types of aircraft that it can be mounted on due to its long shape, requiring a 1×4 dimension weapon slot.

Of the few ships available, it is best suited when fitted on the wings of the Valkyrie Interceptor, Hawk Air Warrior and Explorer. Each of these ships have dual 1×4 weapon slots. It is best employed for lazy ammunition micromanagement on the aforementioned ships while still providing them with reasonable fire power. Compared to plasma-based weapons, the Lancer 7000 is less likely to obliterate weaker UFOs, meaning X-COM will be able to retrieve them after they are shot down.