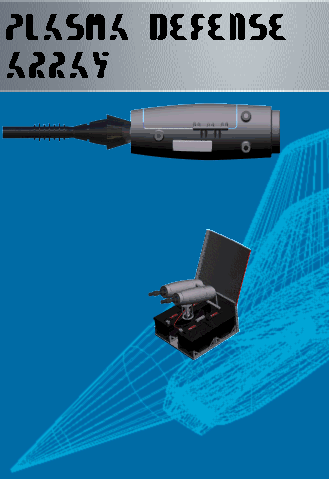 This weapon is a anti-missile defense system. It does not fire on hostile crafts and does not use ammunition.

Refer to the Laser Defense Array section for the weapon particulars.

Because it is of much lower power output than a Lineage, Rendor or Multi-Plasma, the Plasma Defense Array is kitted with an efficient Elerium power plant resembling the ones used in the first alien war. It is effectively as self-sufficient as a Laser weapon, and thus does not require ammunition.