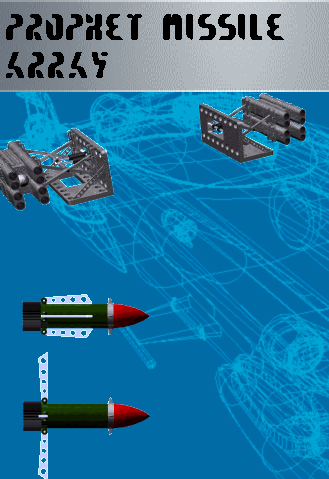 The Prophet Missile Array is missile launcher similar to the Janitor Missile Array. It differs by having more powerful missiles that track targets better.

The Prophet Missile array therefore works best against single light enemy aircraft. Or to make up for the limited ammunition, it can be used in large quantities on multiple aircraft such as a swarm of Hoverbikes and Hovercars for taking down larger enemy ships. Take advantage of its longer range to keep slower ships away from enemy fire.