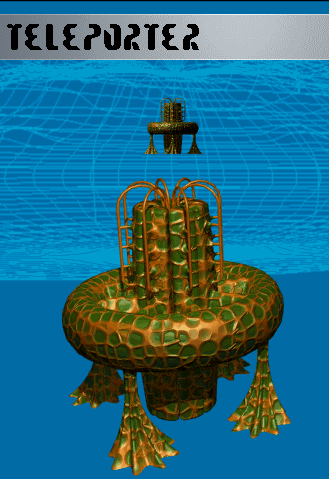 A version of a Personal Teleporter but made for UFOs. The Teleporter will move any craft instantaneously once hull damage is detected, but to a random location and distance which cannot be chosen or predicted. The teleporter is an escape mechanism!
The random destination of the teleportation is useful within Mega-Primus due to the size of the city, whereas using this exotic device as a quick escape tactic in the Alien Dimension may teleport your damaged craft closer to other UFOs thus, attracting more alien craft into the fray.