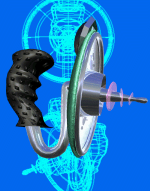 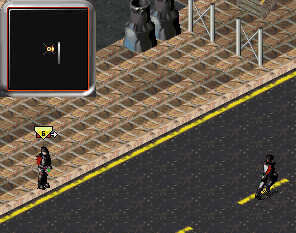 A small device that detects all lifeforms as white blips on the battlescape. A light weight device ideally suited to scouts or clean up crews quickly sweeping a battlescape of hostiles. An important device which should be available to every agent if market quantities allow. A motion scanner may 'search' areas without exposing an agent to ambush, approach an area without having to manually check every little hidey-hole bathroom, allows planning of ambushes, etc.

Movement is displayed as white blips of various intensities depending on speed and size, fading quickly on a small screen when the motion scanner user is not moving.

If the user moves, the motion scanner will display the surrounding terrain (building outline and internal walls, trees, rubble, etc.), unconscious entities, stationary units, and general clutter since motion relative to the scanner had been detected.