For the original UFO: Enemy Unknown (1994) version, see Ethereal
For the version that appears in The Bureau, see Ethereal (Bureau) 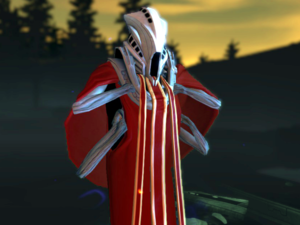 The Ethereals are some of, if not the most powerful alien creatures you will ever encounter in the game. These ancient aliens are the true masterminds behind the alien invasion. They are humanoid in form and possess four arms. While they are physically quite frail the Ethereals have the greatest psionic abilities seen in the entire game, using them to obliterate the minds and bodies of your squad.

Dr. Vahlen identifies a specimen to be centuries old. Despite this the Ethereals actually have a ton of health. (20 health points in total on Classic and below difficulties) Do not expect them to turn into a pile of dust when you shoot them.

You will only find Ethereals in UFO assaults or on the final mission. They prefer to send their underlings such as Mutons to do their dirty work. In the Enemy Within DLC, it is possible for Ethereals to appear during Operation Ashes and Temples in the final alien wave.