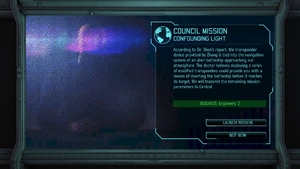 The alien forces in encountered in this mission consist primarily of Thin Men who are present on the map at the start of the mission. Additionally Mutons are air-launched from the battleship (on a beam of light, possibly referencing the 1994 game's intro movie) as the mission progresses, particularly after placing a transponder. Like airdropped Thin Men, the Mutons will go into Overwatch when they land. 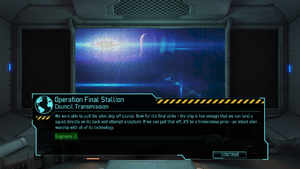