Check also Economy for details on how to daily manage your credit resources. 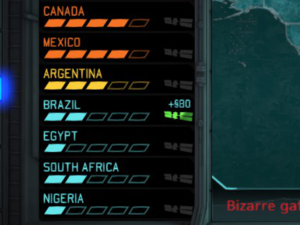 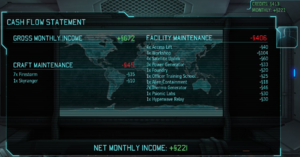 The two main expenses are from Crafts and Facilities: 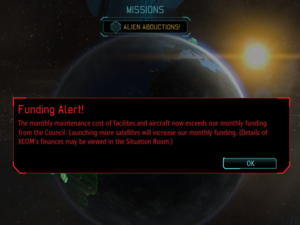 The total monthly income at the disposal of the Commander to purchase/build/hire is calculating by subtracting the Gross Income from the Expense. This value may be negative, on which case you'll receive a warning message. 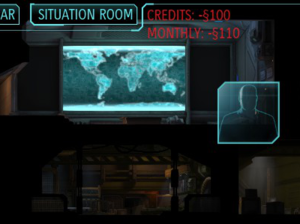 It is possible to run a negative budget but if you ran out of available credits, your current account will be negative and you'll have to repay the value before you are able to purchase, build or hire. If end the month with a negative balance, it will reduce the grade received in the Monthly Report.