The Megaspawn is a very large and heavily armed enemy that towers over X-COM Agents. Though they are called "weapons platforms" and could easily fit the terror unit classifications of the past wars, Megaspawn are primarily used as defenders on the most advanced UFOs and are found in many buildings in the Alien Dimension. They are never dropped during infiltration missions, and will not be encountered in Mega-Primus before Week 7.

Megaspawn have a lot of health and have two built-in modes of attack: a disruptor beam with identical effect to the Devastator Cannon (though a slower fire rate) and a missile launcher midway between the Marsec Heavy Launcher and Dimension Missile Launcher in power. The missile launcher is the main threat due to its long range, perfect accuracy (like all launchers) and splash damage, although Disruptor Armor weathers the blasts well. Neither weapon will ever run out of ammunition.

The large size of the Megaspawn precludes them entering small spaces, and they appear to have some difficulty climbing slopes.

Megaspawn are incredibly tough and will shrug off most hits from light weapons. Weapons such as the Devastator Cannon, Toxigun, or powerful explosives should be used to take them down. They are also unlikely to panic and immune to all Psionic attacks except Probe, which can be used to check their statistics and is useful for determining how much damage they must be dealt for a capture.

Their powerful weapons present a grave threat to X-COM Agents wearing only Megapol or Marsec Armor - expect casualties if this is the best armor you've got. Even Personal Disruptor Shields will not last long against the Megaspawns' firepower; only Disruptor Armor provides relatively reliable protection.

Some tips on fighting Megaspawn:

Megaspawn are notoriously difficult to capture. See Capturing Live Aliens for tips on how to accomplish this.

A Megaspawn may not be visible to an X-COM Agent if only a part of its body is hidden behind a terrain object, even when the object is obviously far too small to realistically hide the whole alien.

During one of the early beta stages of the game, the Megaspawn was meant to be called Megatron instead: 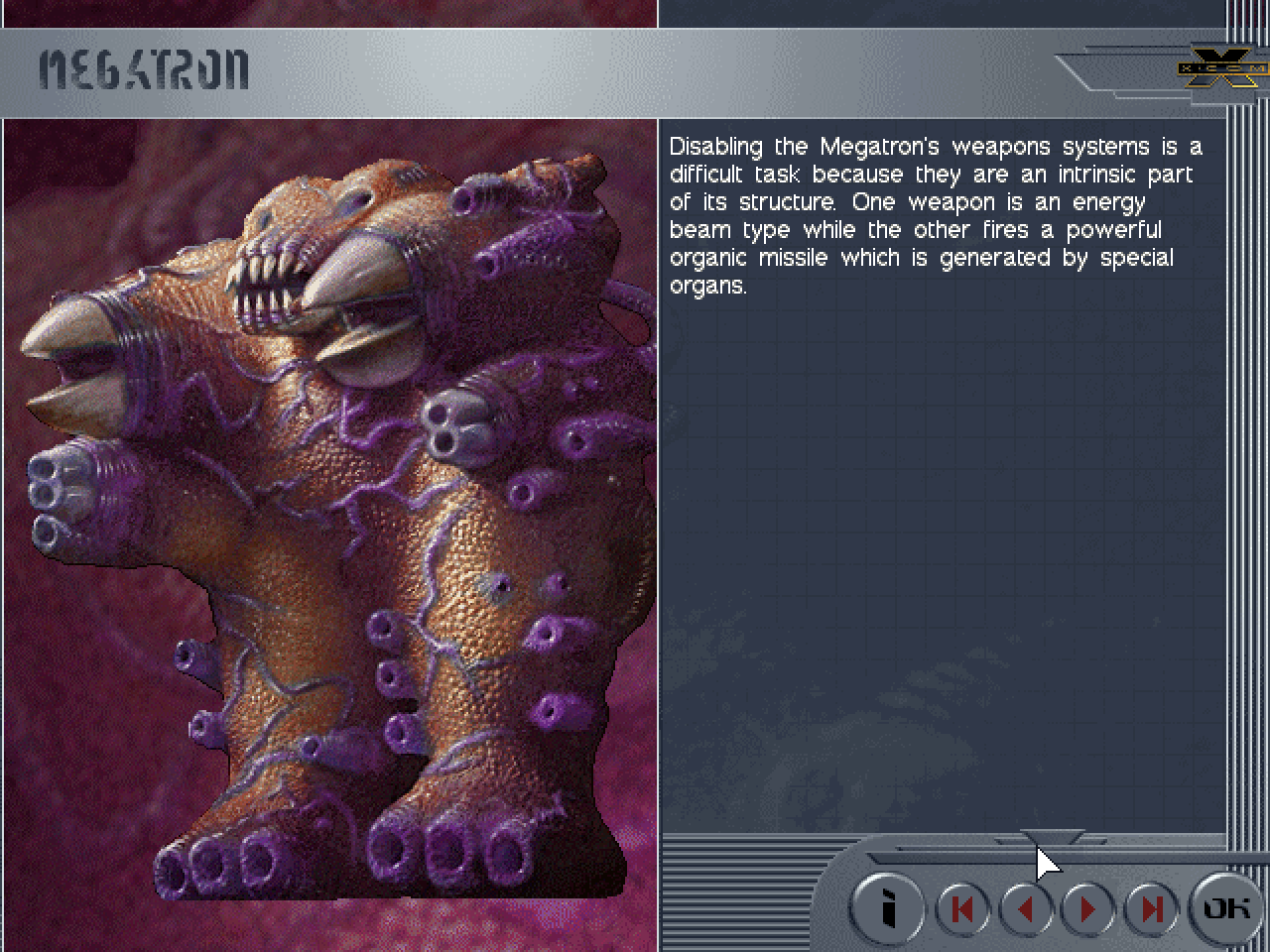 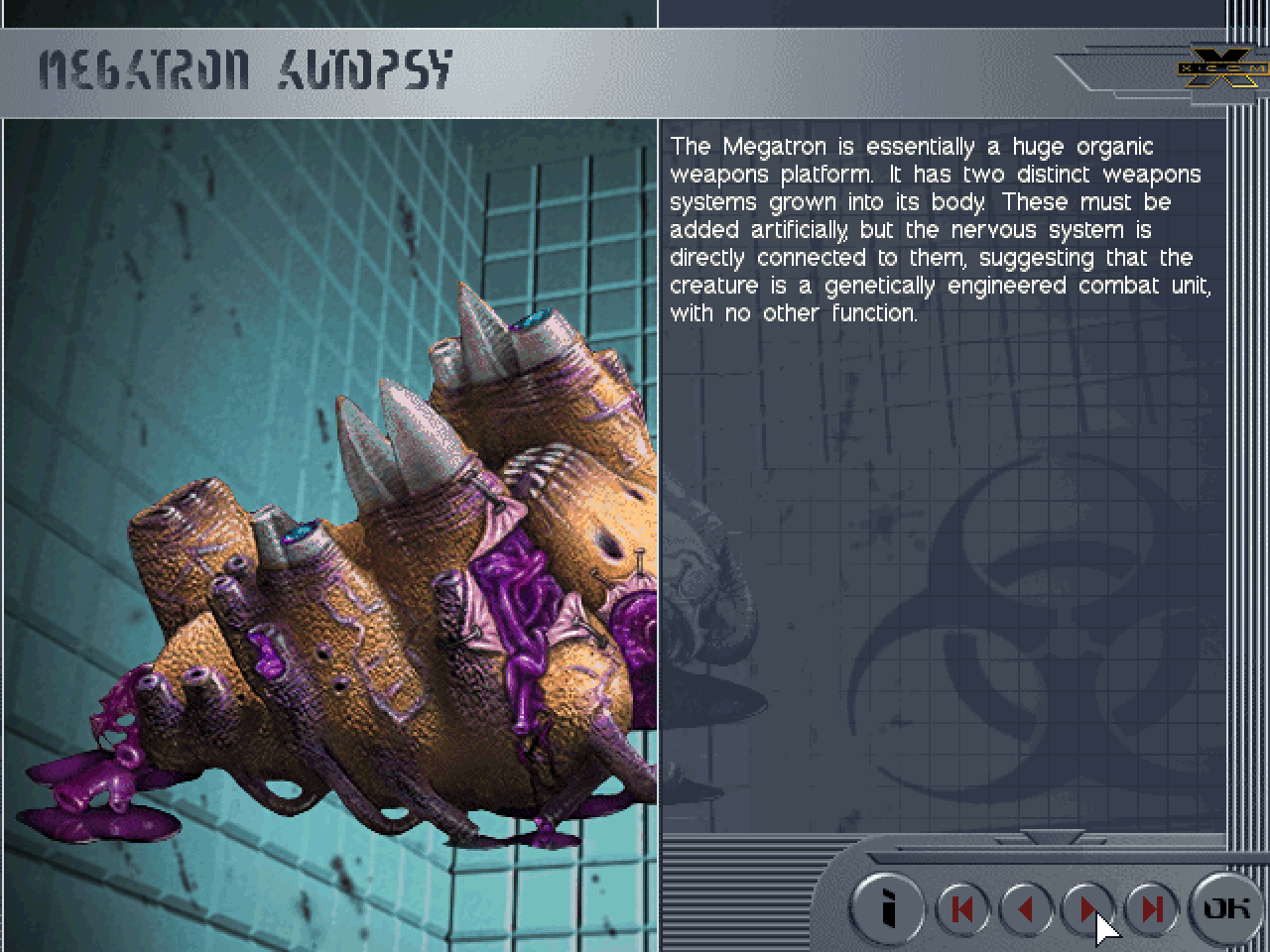