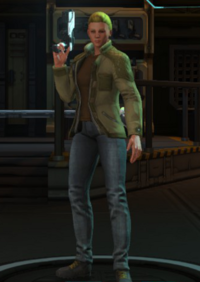 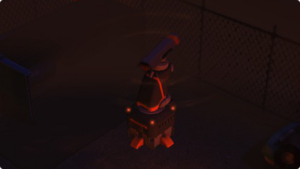 All three eligible classes (Assaults, Snipers and Supports) can be equally viable candidates for being a Covert Operative. Though depending on the Commander, one may be better than the others. While the lack of a main weapon and armor means you probably want to send your highest ranked soldiers undercover, this isn't a must. In fact, it can be a good idea to send a lower ranked soldier and give him or her some free kills to pick up experience points for promotions. Since the Covert Operative is an extra and free soldier on the ground, your A-Team Colonels or Majors can soften up the EXALT troops while your Squaddie or Corporal Covert Operative picks them off for some free kills.

Assaults can have good mobility thanks to all of their abilities make up for their lack of a main weapon and/or armor, making them much more viable in the ensuing firefight.

Supports are best if you send one of your Medics as the Operative. This allows you to pack a little more firepower in your main squad since your Medic is already going to be in the mission. In addition, the Medic can do a better job of staying alive should he take some fire.

If you've gotten Psionics and EXALT is still around, It doesn't hurt to bring a Psionic to Mindfray whenever you can instead of having to utilize your Pistol.

Your Operative should always be equipped with the best Pistol you can produce. As for items, a Medikit is a good idea if they take some fire and are still far away from your main Medic. A S.C.O.P.E. is a good idea, but should be left at home once you have Improved Pistol I and II, since they do not stack. Because EXALT Weapons are simply aesthetically different versions of your own, a Grenade isn't a bad idea since blowing EXALT troops up means you're not missing out on anything important. Elite Operatives and Heavies carry Alien Grenades and drop fragments when killed, so it may be worth killing them using weapons and not explosives.

Armor items such as Nano-Fiber Vests, Respirator Implants and Chitin Plating can be equipped on the Operative, and while their health bonus does not appear in the loadout screen, they still benefit from their health boosts while in-mission, which is useful in making them harder to kill and less likely to be injured.

If you're lagging in Pistol technology, an Improved Arc Thrower can offer a relatively good chance to 'kill' an EXALT operative with 6 HP or less remaining, as it is unaffected by cover or Smoke Grenades, and does not trigger Covering Fire.

If you've got Gene Mods, some mods are very useful on your Operatives.

Mimetic Skin can keep your Operative from getting mowed down in an extreme firefight, and pairs especially well with Snipers.

Muscle Fiber Density can help with mobility; alternatively, Adaptive Bone Marrow will allow an operative to heal their meager HP.

Secondary Heart keeps your Operative alive if you make a costly mistake, which can save you from immediately failing the mission. (Although if the mission is a Data Extraction mission, you will still need a Revive Support in order to successfully complete it.)

EXALT does not field Psionics, so Brain upgrades are irrelevant.